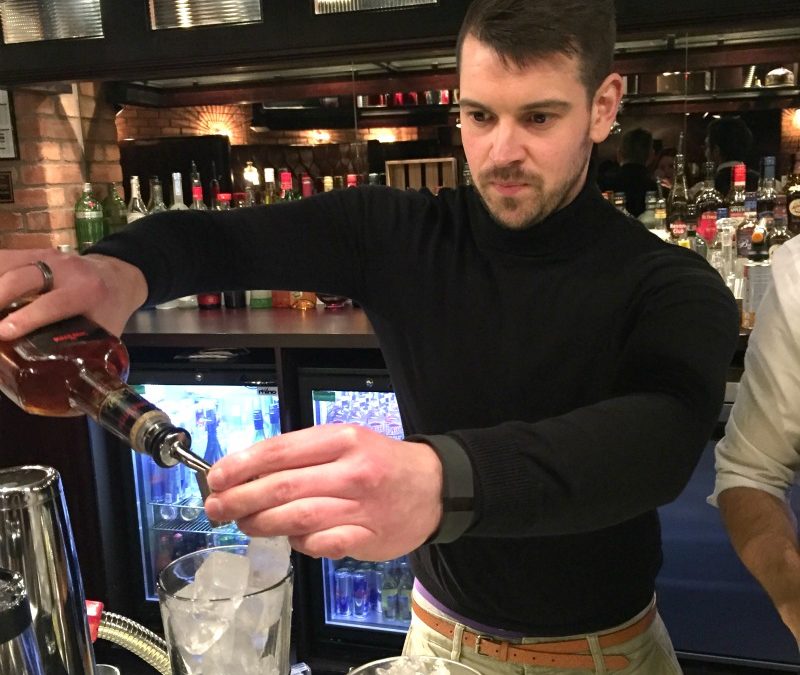 Having not visited Revolucion de Cuba before I was intrigued to check it out.  It’s a very big venue, the downstairs is a restaurant and as myself and Keil walked through the food smelt delicious.  Upstairs is a large bar area and we went into the rum room which is a smaller room to the side. 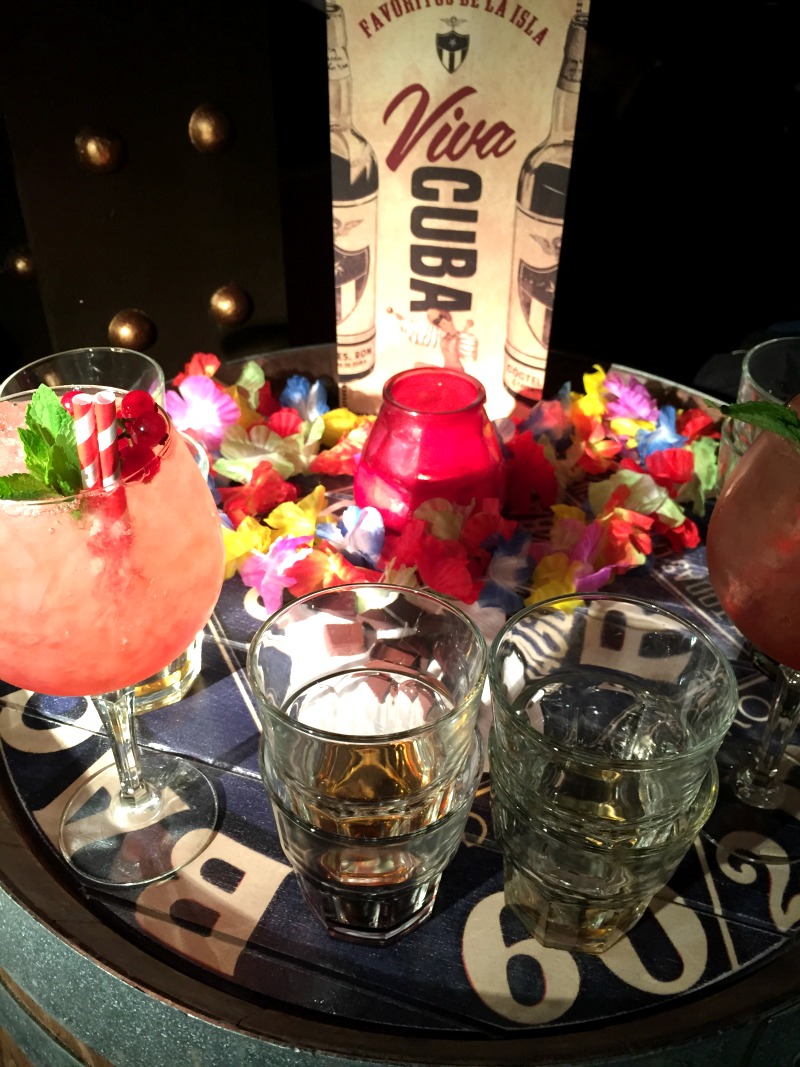 We had a small bar in the room and sat at rum barrels which had been transformed into tables.  Set out on our table was the different rums we would be tasting and some pieces of chocolate.  The rum we were trying was Santa Teresa, a Venezulan based distillery.  We were welcomed with a Trinket cocktail and sat down. 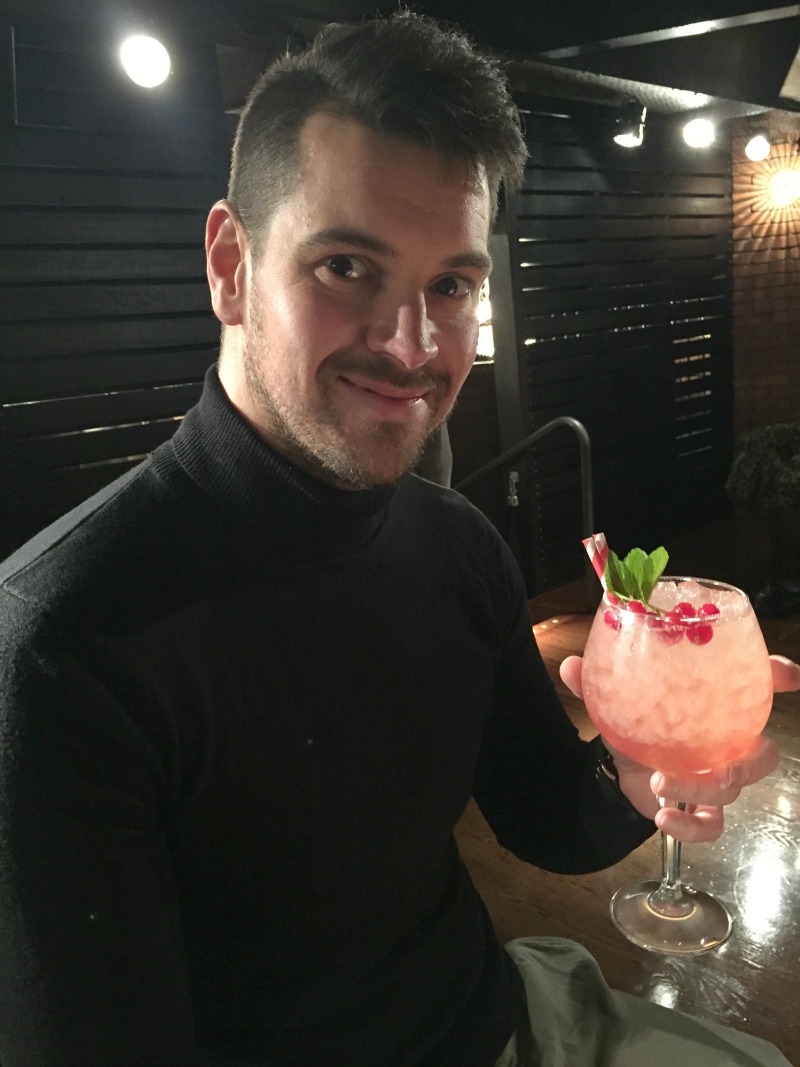 We had a talk about the history of rum and how Santa Teresa came about.  It was a very interesting story and it’s always great to learn something when out.  Having previously visited Mount Gay in Barbados it was good to get a refresher about rum.

It was then time to taste the rum!  We began with the Claro white rum, this isn’t something you would normally drink on its own and would usually add to cocktails.  Next up was the first of the golden rums which are my favourite.  The first was the Gran Reserva which was nice and again something you would add to cocktails or I would drink it with ginger ale.  The last of the rums was the 1796 which is more of a sipping rum, this was the smoothest of the lot and one you wouldn’t tend to mix so you’d drink on its own or on the rocks.  This was Keil’s favourite as he often has rum to sip.  Whilst sampling these two rums we added in the chocolate to see how different flavours can alter the taste.  Our final taster was Araki, a coffee liquor and I have to admit I wasn’t even going to try it as I hate the taste of coffee, however I had a sip and surprisingly I couldn’t even taste the coffee, it was a nice sweet drink.

Keil then volunteered to try his hand at making a rum cocktail behind the bar.  Here he learnt how to mix a Christmas cocktail called White Christmas using Santa Teresa rum.  It was very tasty and he did a great job! Here is the ingredients in case you want to recreate it yourself: 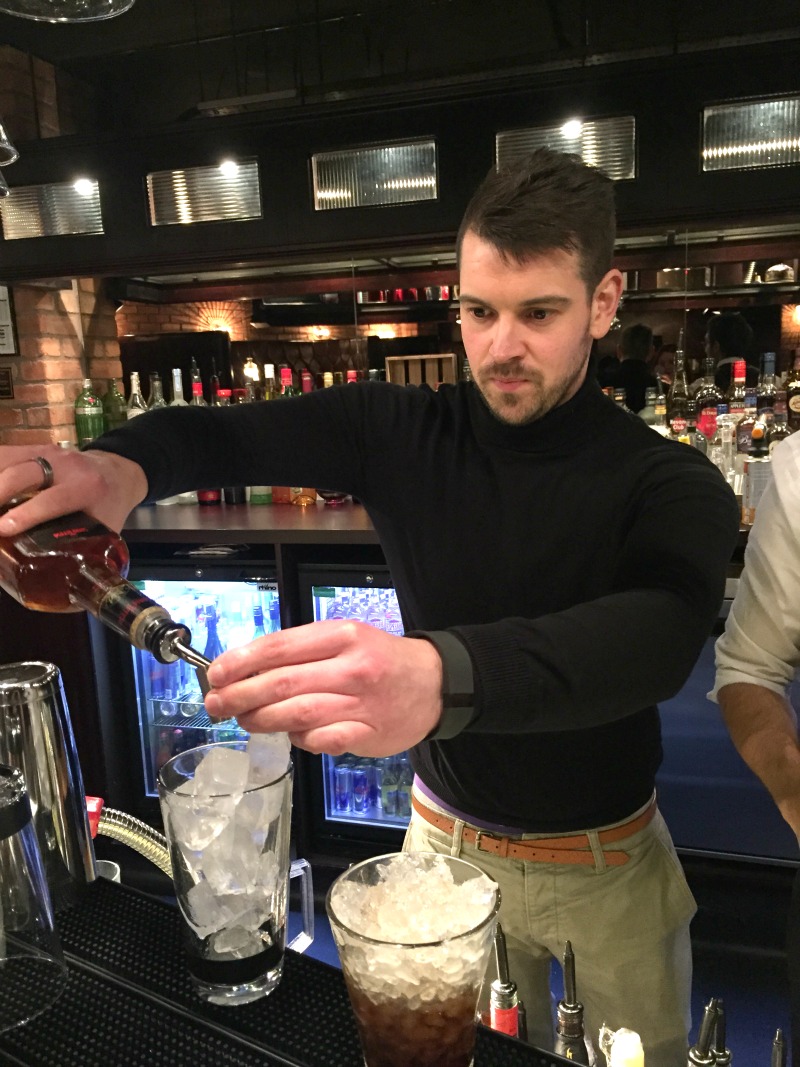 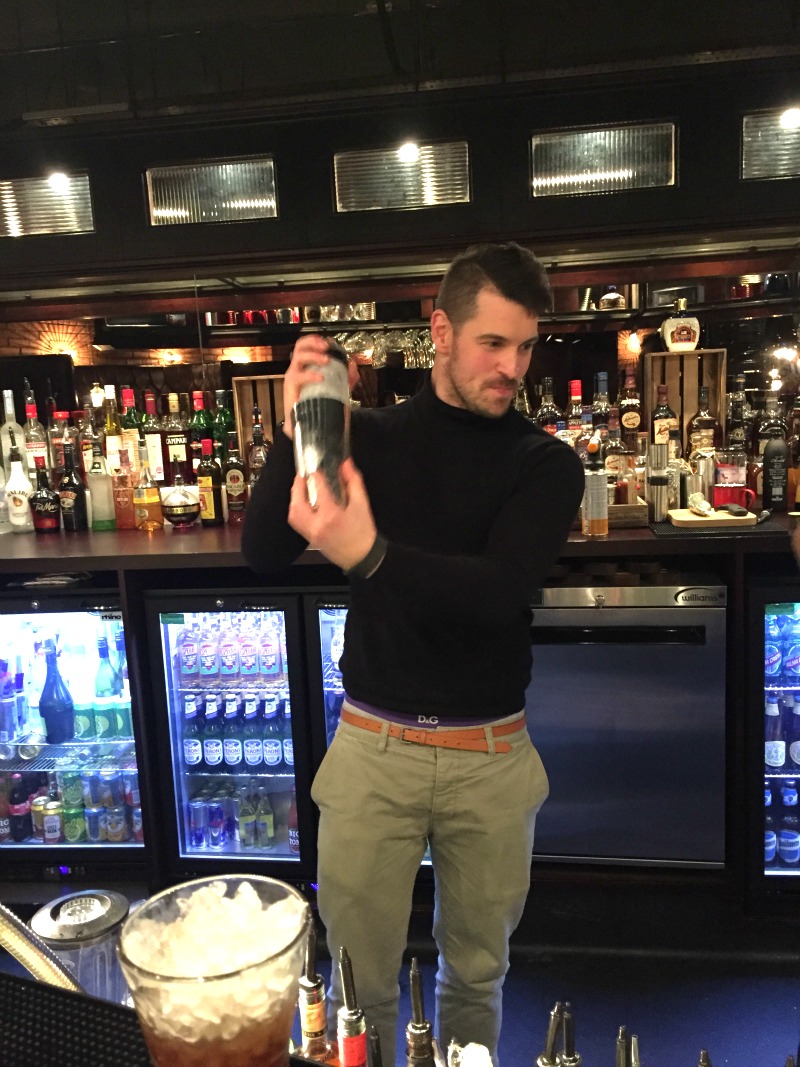 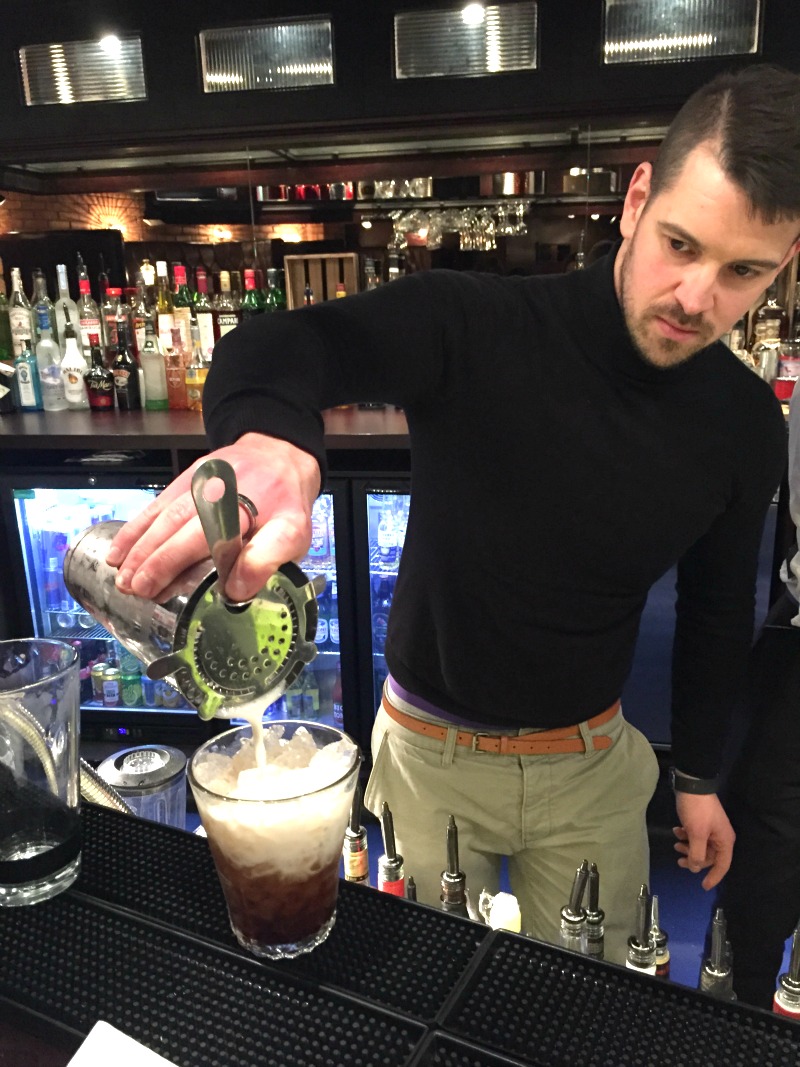 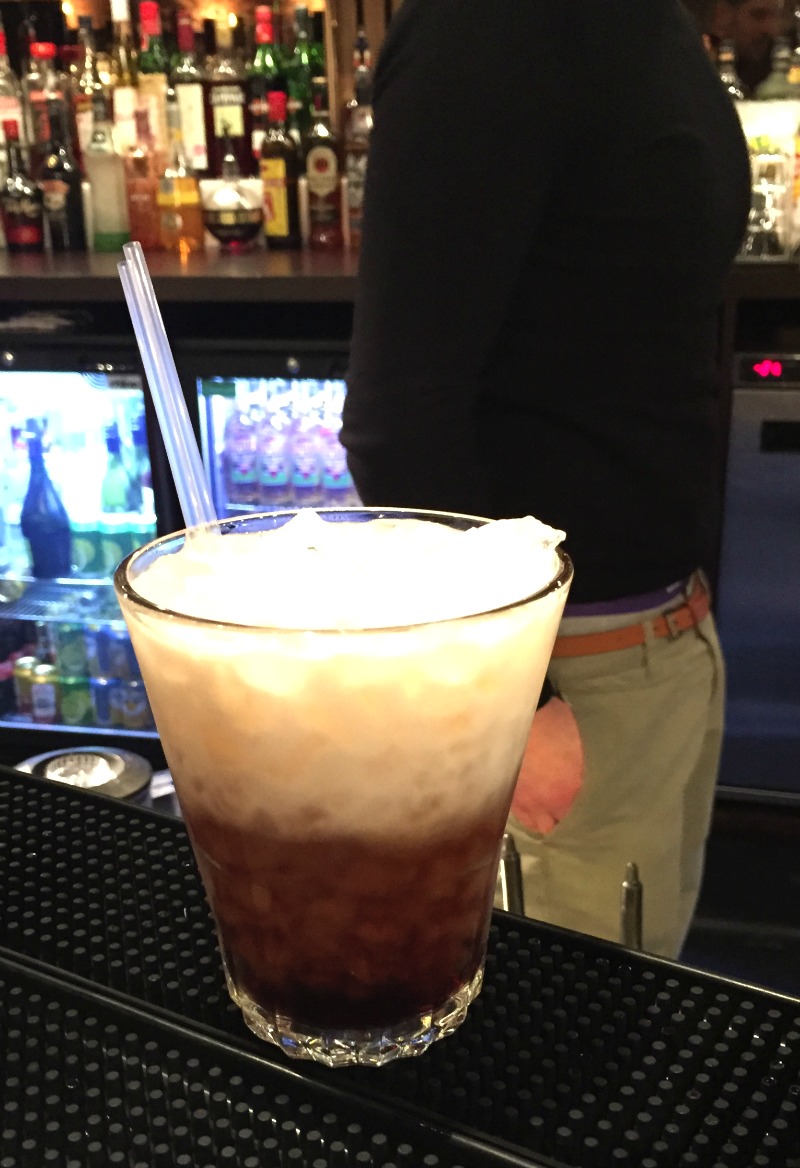 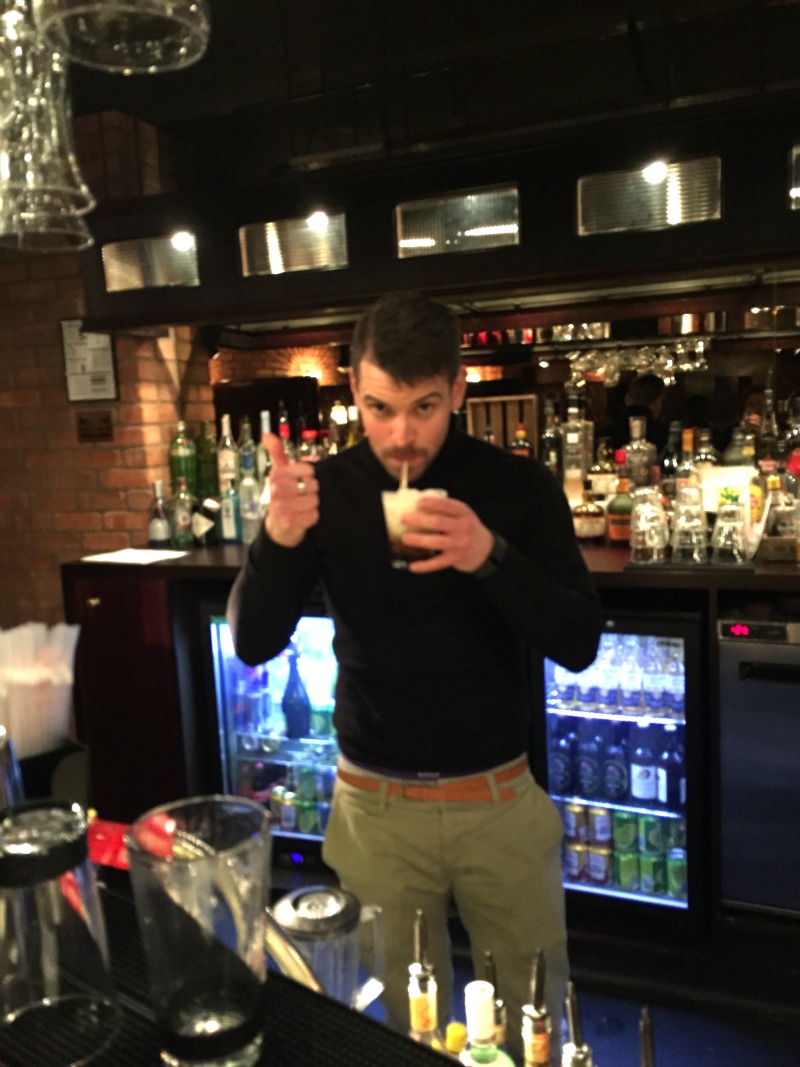 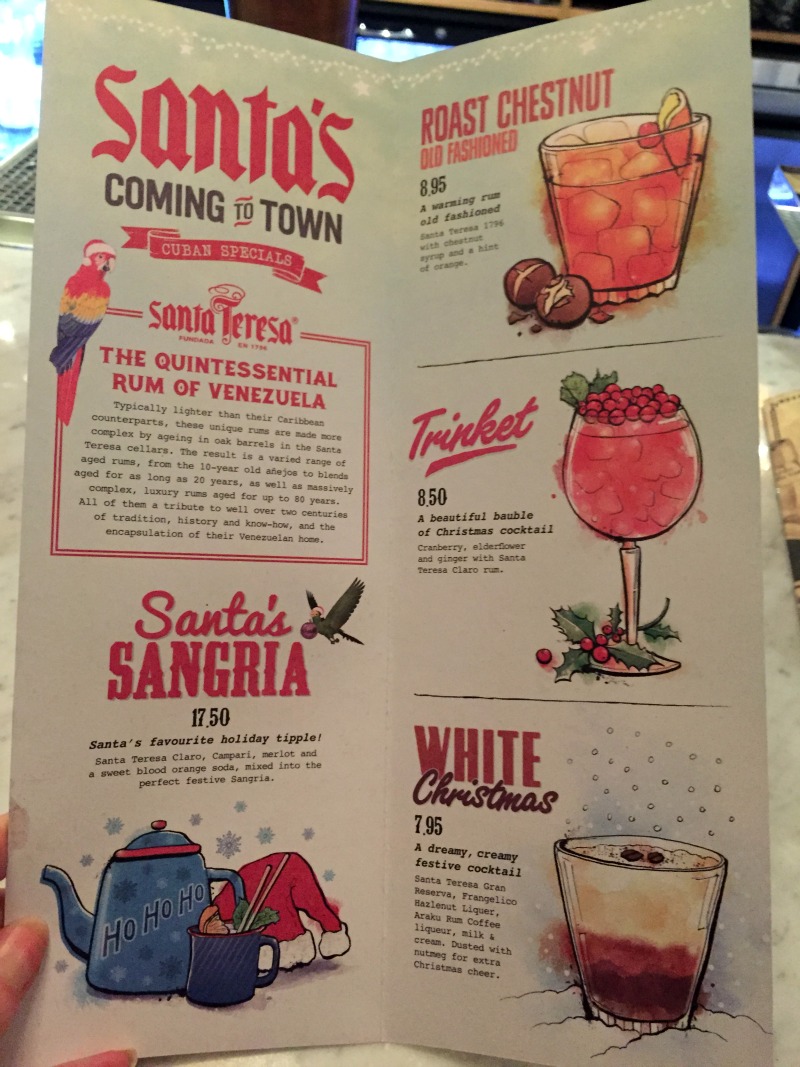 Once the event finished we headed to the downstairs bar at the side of the restaurant, before heading home after a great Thursday night!