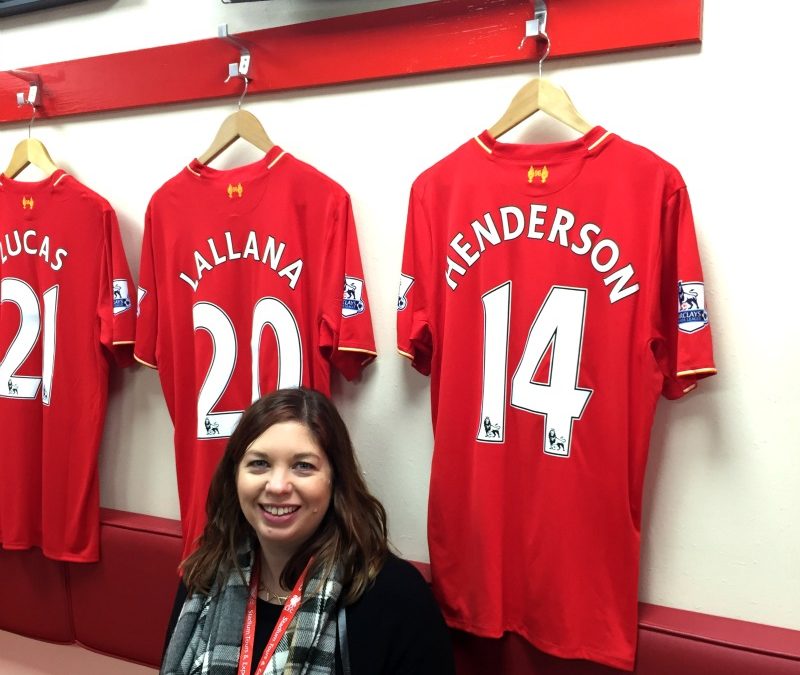 After a great Christmas Day, on Boxing Day myself and Keil went to Liverpool for a night to watch Liverpool playing football and continue the Christmas festivities.

We drove over to Liverpool in the pouring rain, it was good to be leaving Bradford for a few days as after we left is when there were floods everywhere including around where we live (though thankfully not our home).  We got stuck in traffic at one point as there was a hole forming on the M62, fortunately we got through before they closed the motorway!

We arrived in Liverpool and went to our hotel which was the Hard Days Night hotel.  As the name suggests it is a Beatles themed hotel.  It isn’t tacky at all though and is very tastefully done with plenty of photos and memorabilia of the Fab Four.  Our room had a large Paul McCartney photo in it and was very nice.  We had a drink in the lounge bar before jumping in a taxi and heading to Anfield. 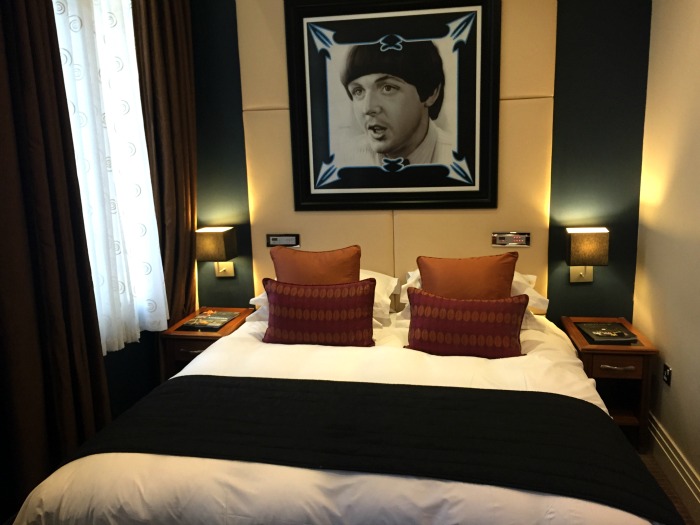 Keil was fortunate to win some tickets to the Liverpool football game on Boxing Day through Vitality insurance.  The last time I went to Anfield they lost and the next day the then manager, Roy Hodgson, got sacked.  I was expecting this game to be much better and it was.  Liverpool were playing Leicester City and it was a fairly good game, especially because Liverpool won 1-0.  After the game we found a bus which took us back to the city centre and we went back to the hotel to get ready for the evening. 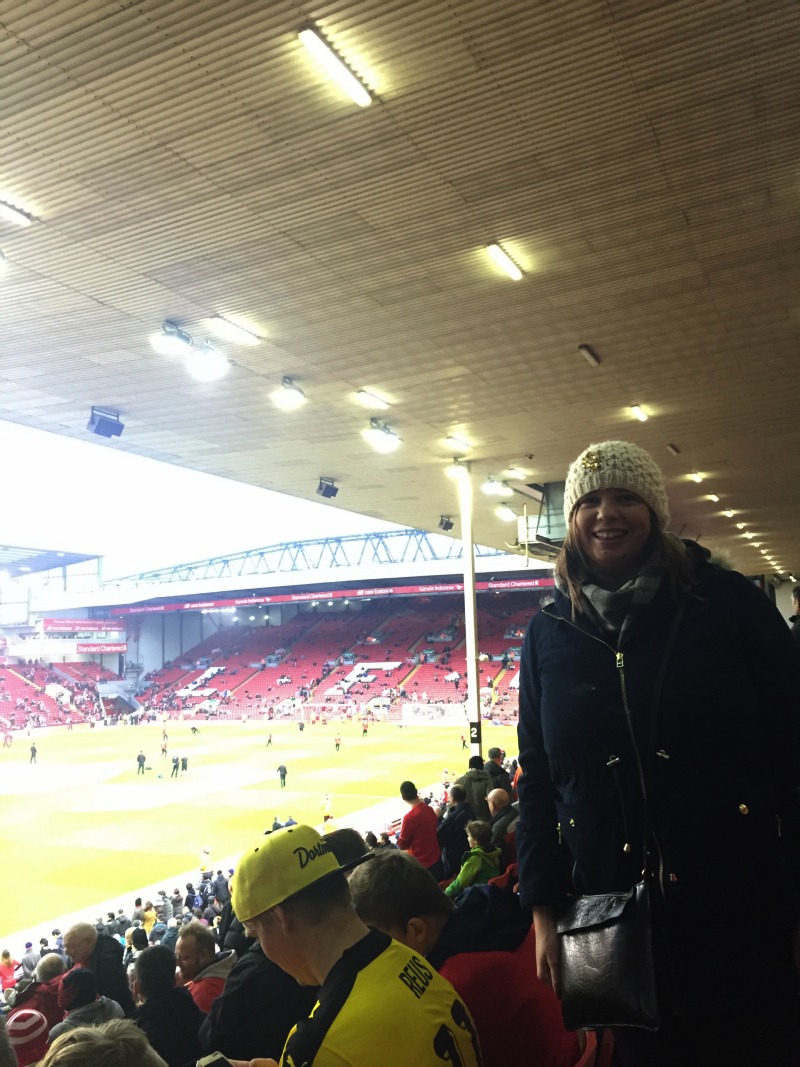 We booked a table at San Carlos which was near our hotel.  The food was absolutely delicious, we’ve visited the ones in Leeds and Manchester before and it was a good reminder of how nice they are.  Afterwards we went for a few drinks and visited the famous Cavern.  Also on the same street where quite a few other bars, it was really busy and lots of fun!  It’s amazing to think how much musical history happened on that street! 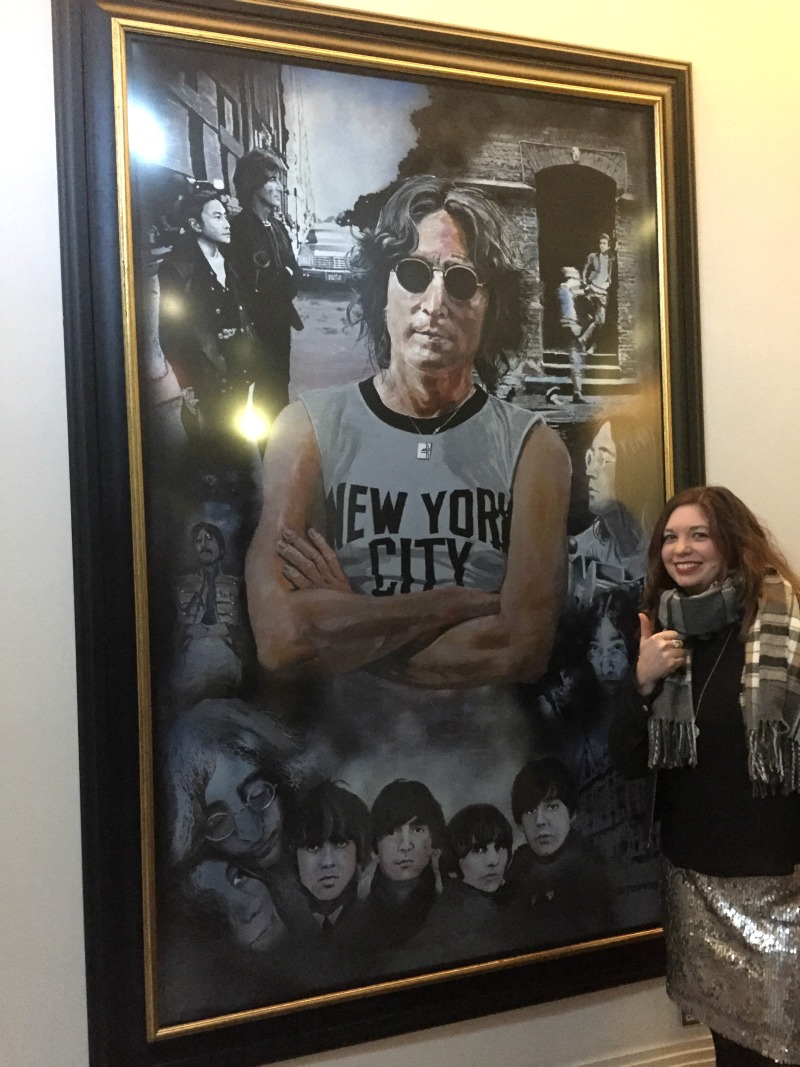 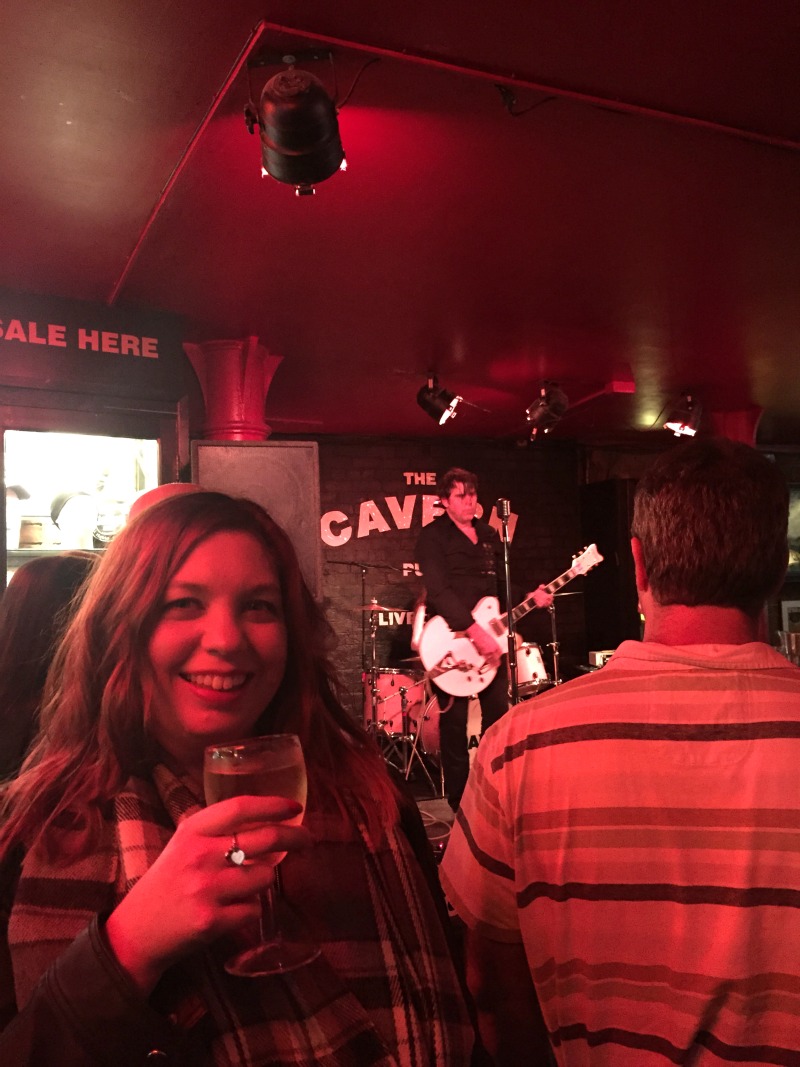 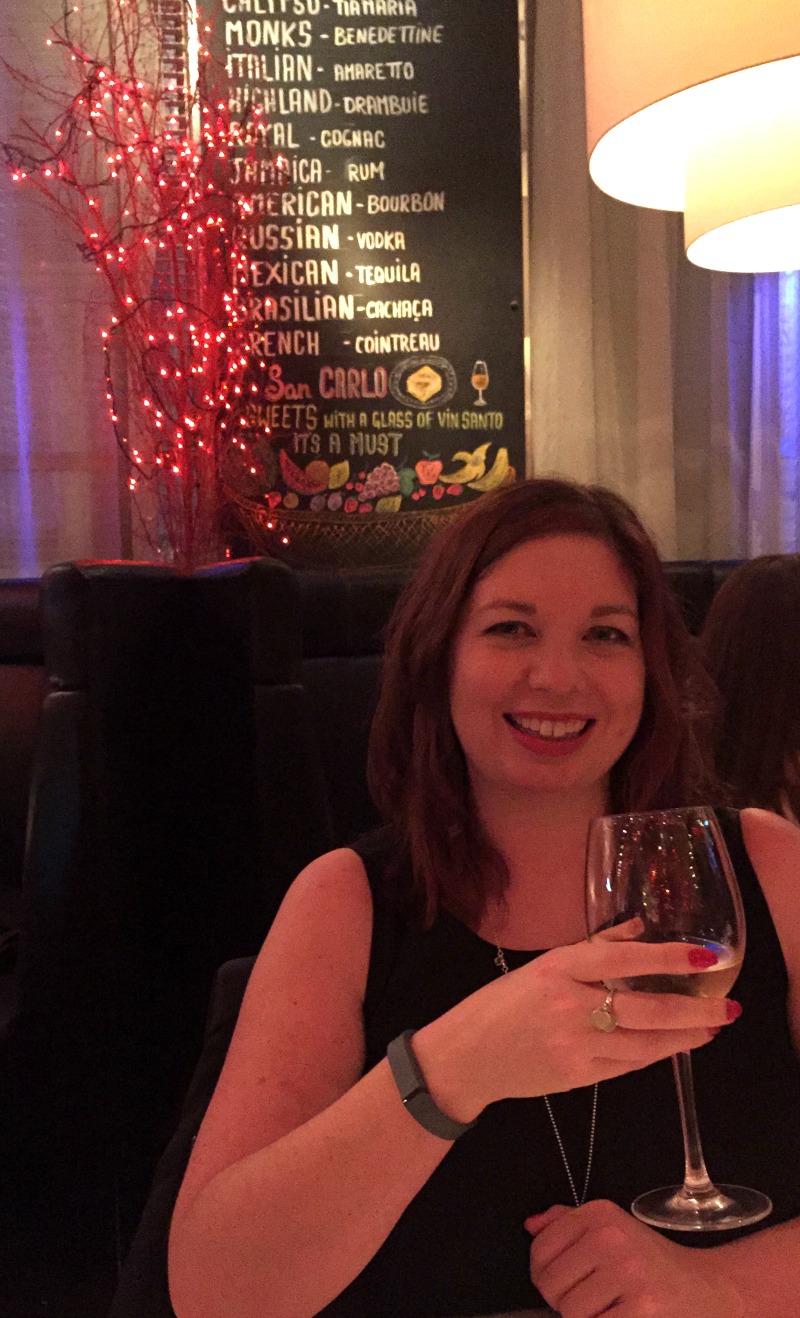 The next morning we went for breakfast at Browns which was really nice.  We weren’t sure what to do and didn’t feel like going to the shops with the crowds searching for sale bargains!  Liverpool did look like a great place to shop so I would like to go back when I am in a shopping mood!

We decided to book a tour of Anfield as on matchday weekends they do different tours.  We had a little bit of time first so we had a look at Everton’s ground and took a walk through Stanley Park.  The park is what separates the 2 grounds. 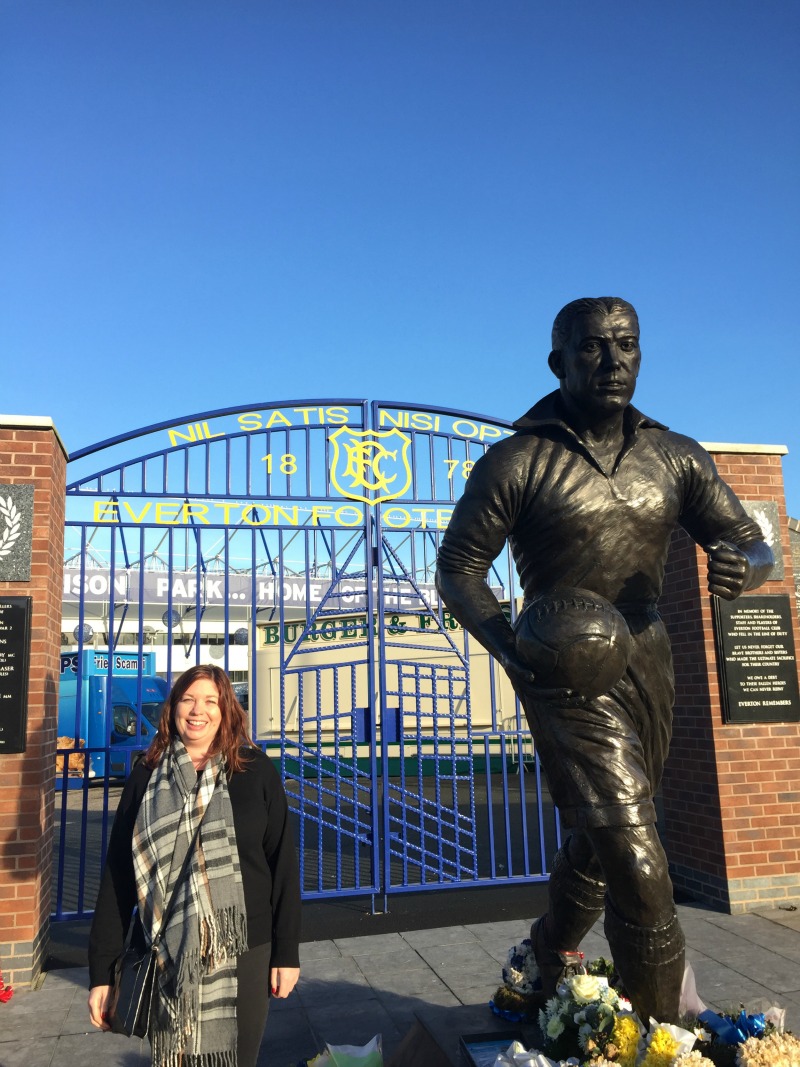 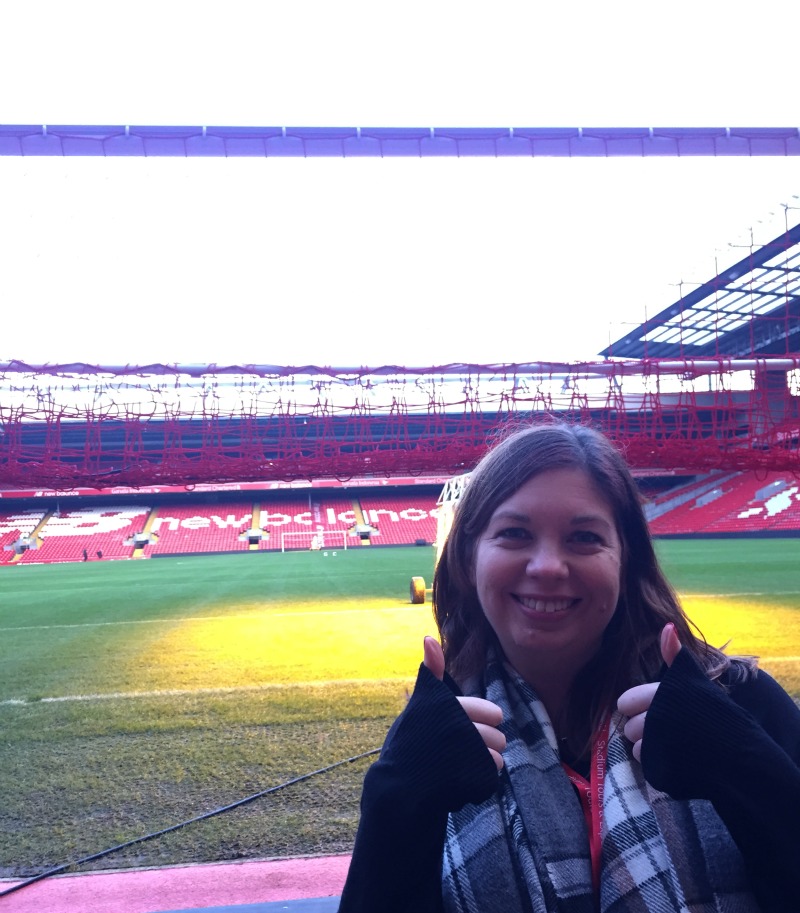 The tour was really interesting and we visited the players lounge, the dressing room, the famous This Is Anfield sign and sat in the kop.  It was an enjoyable hour.  After the tour we looked around the museum before heading home. 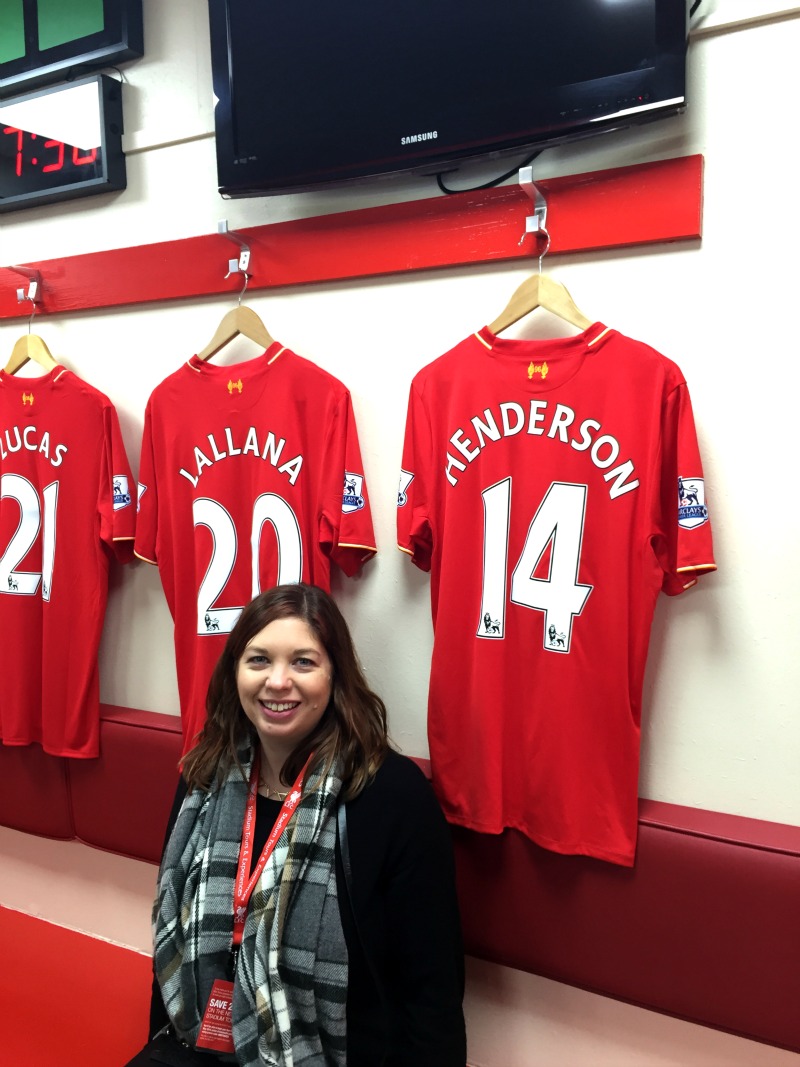 It was a great weekend and a fantastic way to finish off the Christmas weekend!