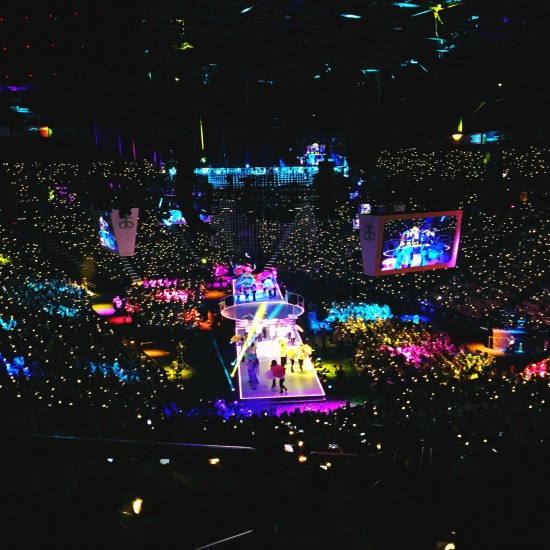 To kickstart our USA roadtrip we spent a week in Las Vegas.  The beginning of the week we spent some time around the pool, enjoying great food and recovering from jet lag.  You can read about the first half of the trip here.  The second part of the week was all about Arbonne’s Global Training Conference, the reason we were in Vegas.  As an Arbonne consultant I feel it’s important to attend the conference as you get top level training, see new products being launched and meet lots of new people.

Wednesday began with a morning around the pool before heading to GTC registration.  Once registered myself and Keil had a look around the Arbonne Experience where products and information are on display.

In the evening a large group of us went to The Cheesecake Factory in Caesar’s Palace.  I’ve been a few times and it’s a firm favourite for everyone as there is a great selection of food, the portions are huge and the cocktails are nice too!  I had to wait longer than everyone else for my food as there’d been a problem with my order, I was impressed with how they dealt with the situation, giving me a free mushroom soup which was delicious and a free cheesecake.  Myself and Keil shared the cheesecake as it was a huge slice!  After all the food we had a slow walk back to the hotel for a good sleep.

The next day after a leisurely couple of hours by the pool me and Keil went back to the Tap Sport Bar where we’d visited earlier in the week to watch football.  Liverpool were playing Dortmund in a Europa League game.  I love watching sport in different countries and although it wasn’t packed there was still a good atmosphere as it was a great game with lots of goals!

There was also some Early Bird training which we watched on the TV from our room before going to our team’s Happy Hour event at Diablo’s in the Monte Carlo.  This is a annual get-together and a good chance to catch up with friends and meet new people.  After tacos we all headed over to the Grand Garden Arena for Arbonne’s Kick-Off night.  This is a fun night where new products were  launched!  Once all the excitement of the launch was over me and Keil went for a few drinks at a Gen Y after-party.

Awake early after an incredible #gtc2016 launch last night! I’m so grateful to be spending these few days in Las Vegas learning from top leaders, spending time with friends and having fun. All whilst growing my Arbonne, health and wellness, business. The new products which were launched last night are fantastic, I can’t wait to get my hands on them and share with my clients! Loving life today 🎉

Friday was a day full of incredible training.  One of the things I love is we get to hear from other successful Arbonne Consultant’s to see how they’ve built their businesses and get lots of tips and inspiration.  The evening was the Grand Awards where top income earners were recognised, there was also some great live music.  After the Awards celebration we went to Wulfgang Puck’s for pizza – This has turned into another tradition!

Again on Saturday we had a day of training, including a keynote from Guy Kawasaki who spoke about social media.   Over lunchtime we rushed over to New York New York for a tasty lunch at Tom’s Urban.  It was also nice to see some sunshine for an hour or so!  Then in a blink of an eye the conference was over!  It was truly an incredible few days of business training and learning. 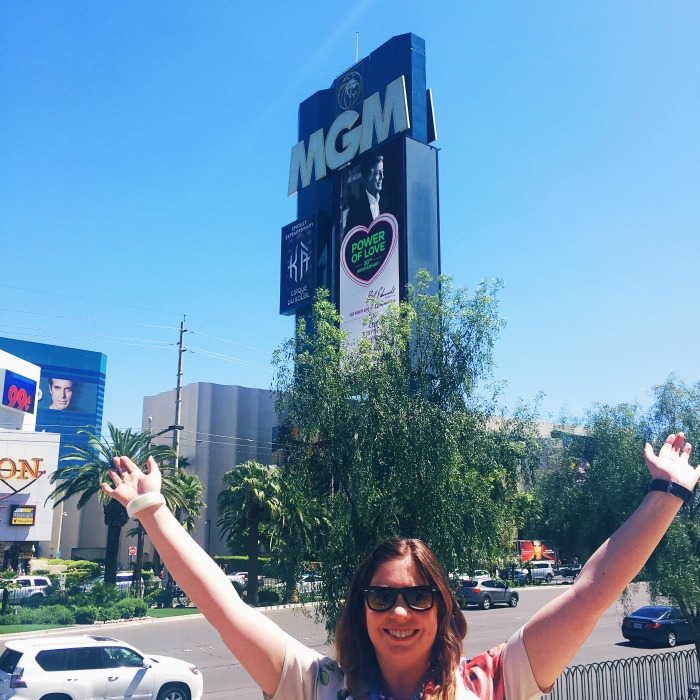 Saturday evening we headed down to the Linq and went to Guy Fieri’s restaurant.  This is somewhere we visited last year and we really liked it again.  Being a Saturday there was a bit of wait for a table but that’s Vegas on a Saturday night! 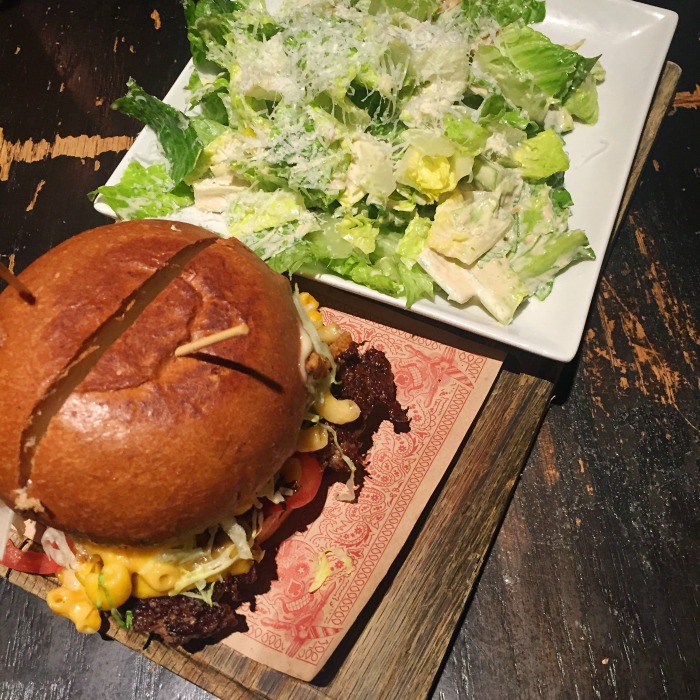 We then walked back up the strip stopping at the BeerPark again for a few drinks.  There was a different atmosphere to the daytime when we went earlier in the week, there was great music and lots of fun being had.  Keil tried a Budweiser chilli and salt beer which didn’t go down well! 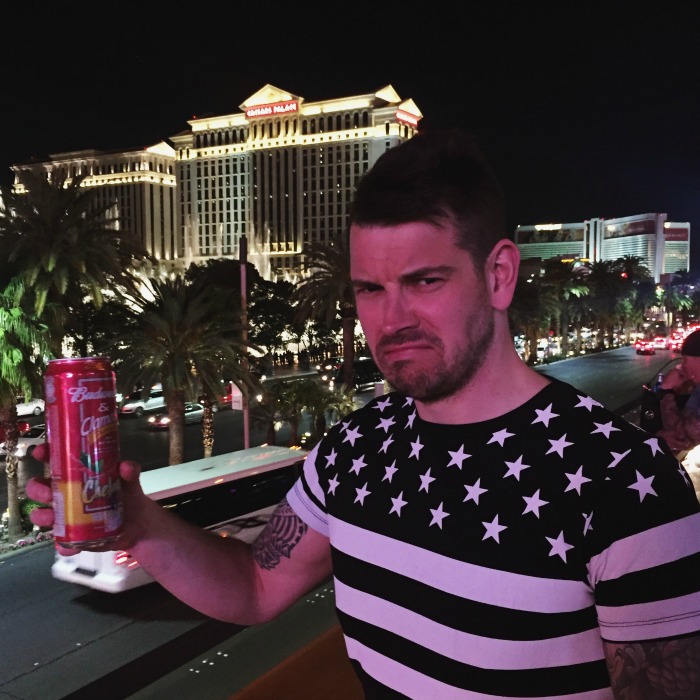 On Sunday everyone who was on the trip with us was heading home so we went for breakfast in Delights before seeing everyone off.  We then enjoyed some pool time as the sun was shining. 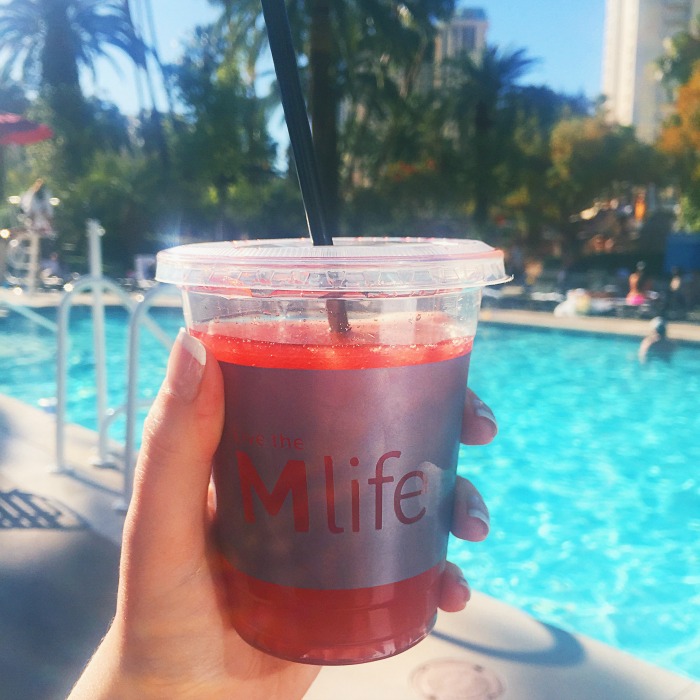 On the way to the pool we were offered free tickets for Hakkasan so as evening came around we decided we would go and check it out.  Firstly we went for Mexican at Gonzalez y Gonzalez which had been recommended to us, it was really good and the guacamole was amazing with crab and bacon. 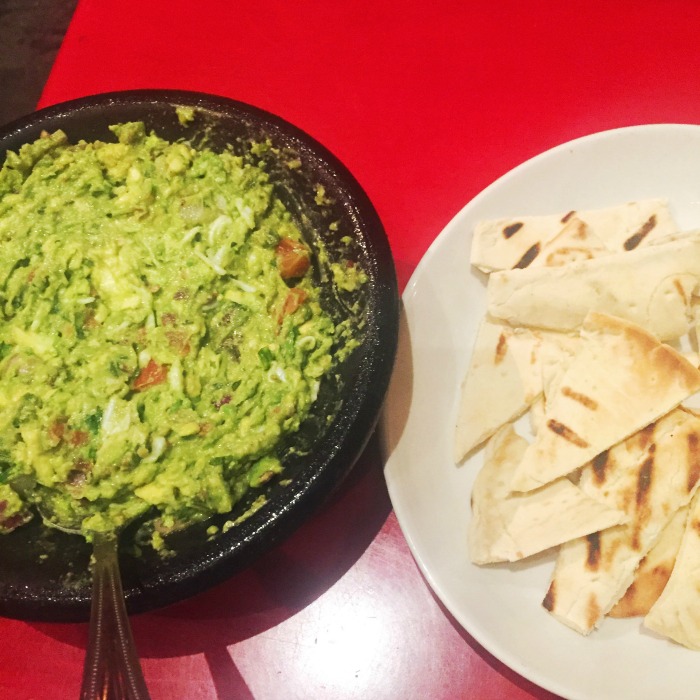 We then went over to Hakkasan which has strict security to get in, it was like being in an airport!  We had a fun time in the club, it was something different and nice to finally experience a Vegas nightclub.   You can see some of it in my vlog here.

After a few hours we were ready for bed in anticipation for our next adventure to California!