With my trip to Las Vegas getting closer, during the month of March I have been really focused on my fitness – I think that’s the thing about travel you want to look your best as you will be taking lots of photos and possibly wearing bikinis!  I still have a long way to go with both my fitness and weightloss and know in just a couple of weeks I am not going to hit my goals.  However it is good to know I am heading in the right direction and have done my best over the last few weeks. 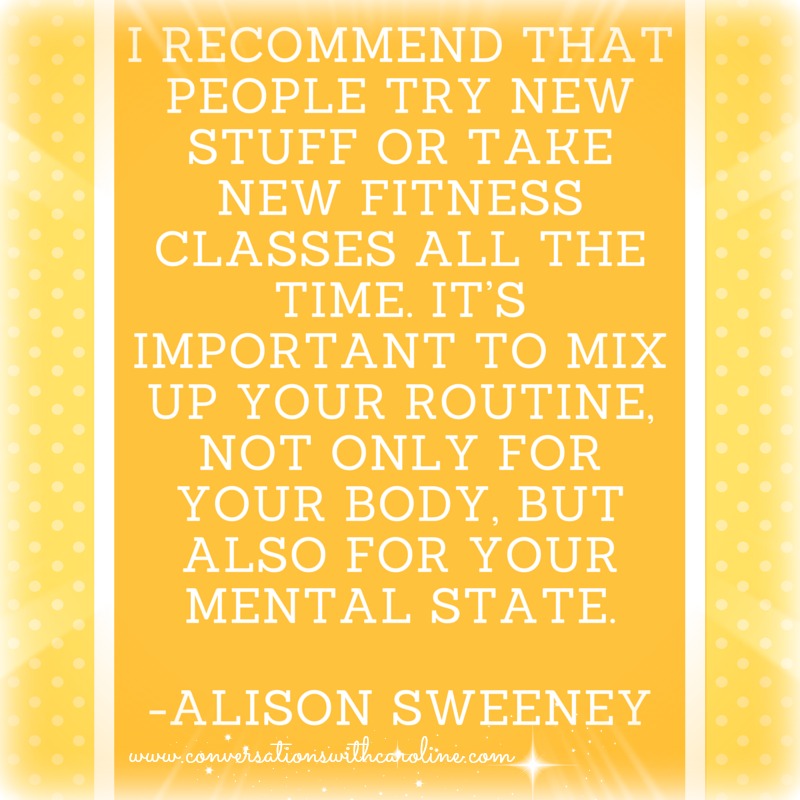 There have been quite a few new classes added into my routine this month, this has mainly been because of changes at my gym and class alterations due to instructor injury.  I have enjoyed mixing things up and I hope that some of the new classes get added to the timetable and became regular additions!

For the first time I tried Insanity.  This is a class that people often rave about but I have never tried it!  At my old gym you had to pay extra for it so I never went.  I was pleased when we had a couple of weeks Insanity which was a replacement for Body Attack as it meant I could give it a go.  It was certainly challenging with a lot of cardio and body weight exercises.  It probably wasn’t as bad as people had made out as you can still do it at your own level, like most classes I attend.  It’s different mini circuits which you do on the spot 3 times and then on the last time you do an extra minute of something intense! It’s not something I would do all the time but now I’ve done it I know what to expect.  In fact I went to do it one morning but it wasn’t on and so I did Body Combat instead.

This leads me on to Body Combat which is covering for Body Attack now for the next few weeks.  I used to do Body Combat regularly, I probably did it 2-3 times a week for a long, long time.  The gym which I joined a few years ago hasn’t had it on the timetable and so I was pleased to be giving it a go.  In many ways it hasn’t changed, you do a routine to each song – Some are focused on legs, the others arms but it always keeps your heart rate up – I noticed I burnt more calories than when I did Insanity, probably because I find it easy to keep up with consistently.  I really enjoyed the class and am happy to be doing it again.  When I first started taking the class Body Combat had only just launched in the UK and we spent a lot of time on technique, now you just get into it.

I have also done a couple of morning Legs, Bums and Tums.  Each class was with a different instructor and so they were not the same but I enjoyed them to really focus on my lower body and abs.  Improving my core strength is something I am really focused on.

In my February Fitness I went to a taster session for Adult’s Ballet.  During March I have done the full course and really enjoyed it.  It wasn’t focused on cardio, which I was happy with because with all the classes I’m doing I feel I have been getting a good amount cardio in.  It was however great for strengthening the legs and shoulders and I really enjoyed doing something not as intense on the heart rate but still working my muscles.

I have been working on squeezing some weight sessions back into my weekly workouts.  I love lifting weights but sometimes I do this and miss the cardio when really I need a good combo of both!  I am aiming to get 2-3 weights in a week over the next few weeks.  Having trained as a Personal Trainer and done Body Pump for a lot of years so I am confident with my form and often will go into the weights room alone.  I think it’s pretty therapeutic and although challenging on the muscles it’s not as exhausting as going on the treadmill!

After last months yoga fail I have been working on adding yoga back into my morning routine. Although I haven’t done it everyday I have been doing it regularly and have to say I am enjoying it. I am really inflexible so it’s great to see some small improvements the more I do it.

March has been a fun month for fitness, I have really enjoyed giving some new classes a try and adding weights back into my routine.  I think you really need to have fun to stay constant when it comes to working out!

What fitness fun have you enjoyed in March?  Share below!