Recently myself and Keil went on a 3 week trip to the USA starting in Las Vegas.  We spent the first week in Las Vegas as we were attending Arbonne’s Global Training Conference.  We had a fun few days before the conference began to explore Vegas, try some great food and recover from jet lag.  We’ve been to Vegas a few times before so it was nice to be back!

After a quick freshen up we headed for some food, with both our mum’s who stayed at the MGM, we went to the Tap Sports Bar.  We’d been here last year and remembered they did good onion rings so we got some to share!  I then got some mini sliders, after travelling I always find I’m hungry!  We tried our best to stay awake and had a couple of drinks but as we’d been up for over 24 hours we soon went to bed, noone wants to fall asleep in the bar!
Monday morning and jet lag had us, we were up really early and went to the gym.  You can see Keil’s vlog on Voltage Sport.  The sun wasn’t shining in the morning so after breakfast in Delights which is in the Signature Suites myself and Keil went for a walk down to the Miracle Mile.  The Miracle Mile is a mile of shops in Planet Hollywood which is full of high street shops rather.  We were too early as the shops didn’t open until 9 so we grabbed a delicious chocolate peanut butter smoothie from Jamba Juice and waited to shop! 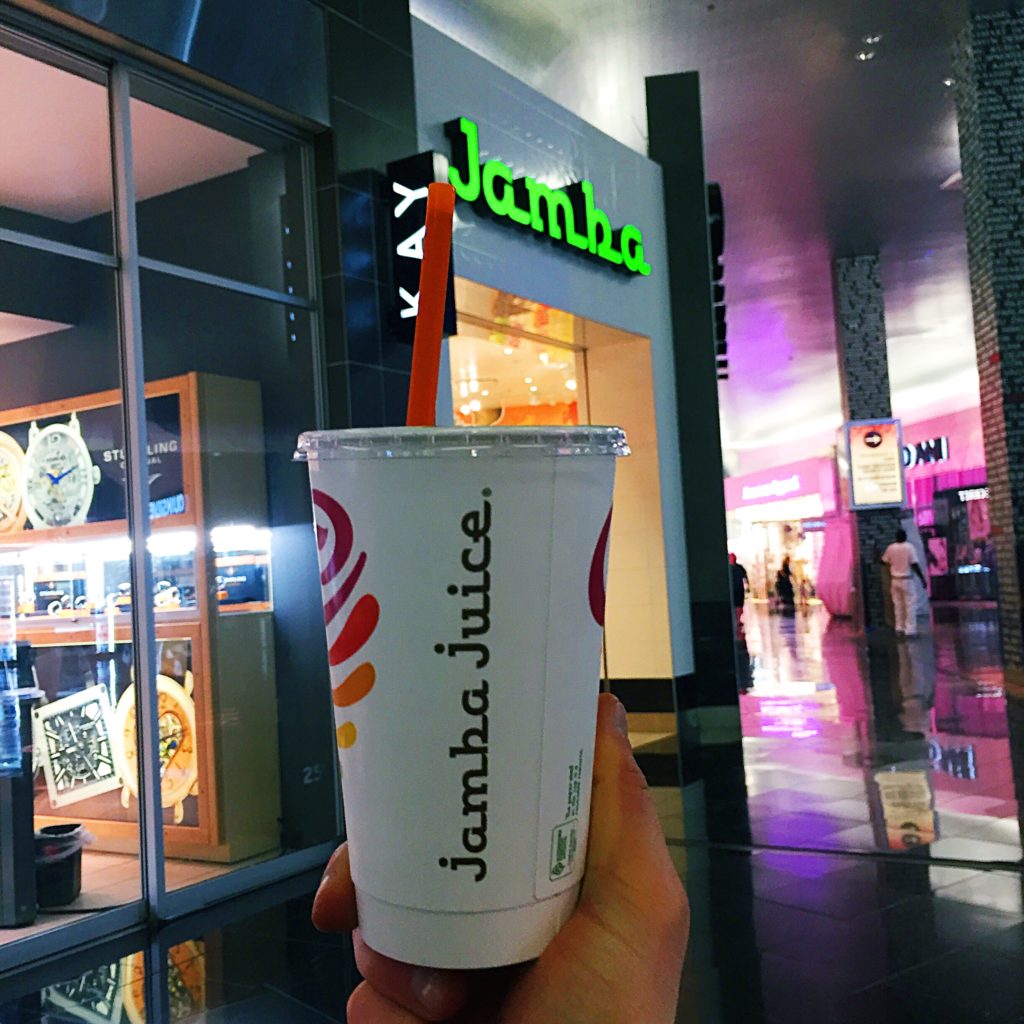 After we’d finished we met our friends who were also in Vegas and we found a bar outside the Paris hotel, the sun was beginning to come out so it was nice to finally see it, after a long winter in England!  Before any trip to Vegas we like to research anything new which has opened and Keil had seen a bar called the Beerpark which was also outside the Paris, so we went to check it out.  It was a really cool bar with a fantastic view of the strip and the Bellagio Fountains, we stayed for a few beers before parting ways. 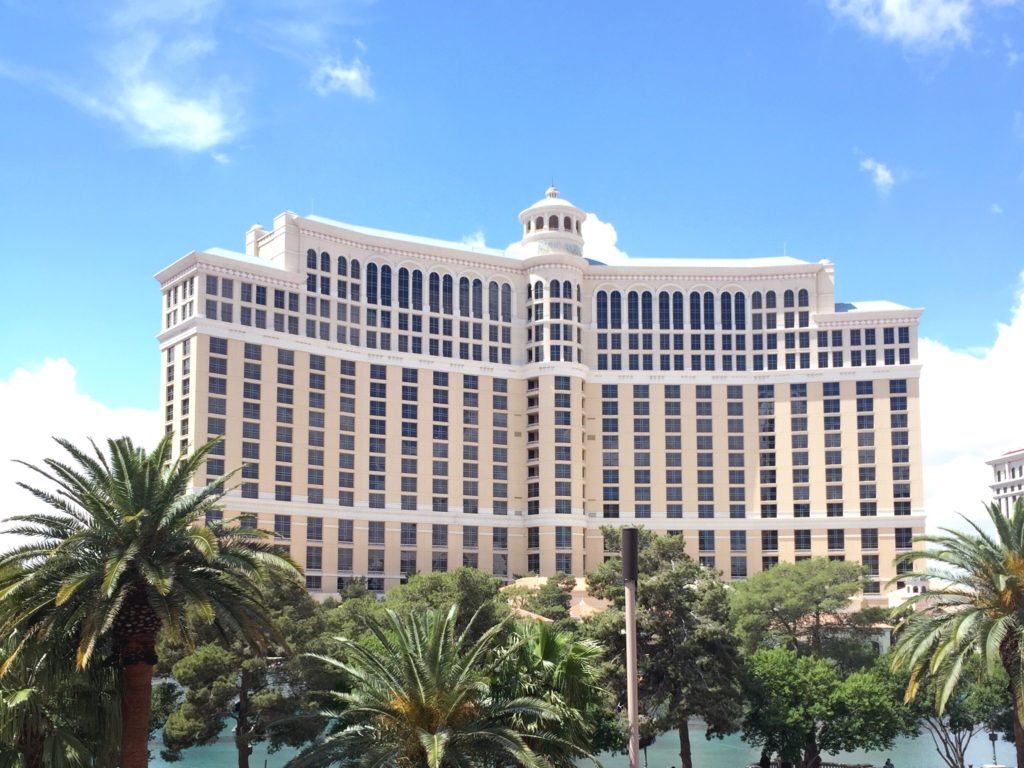 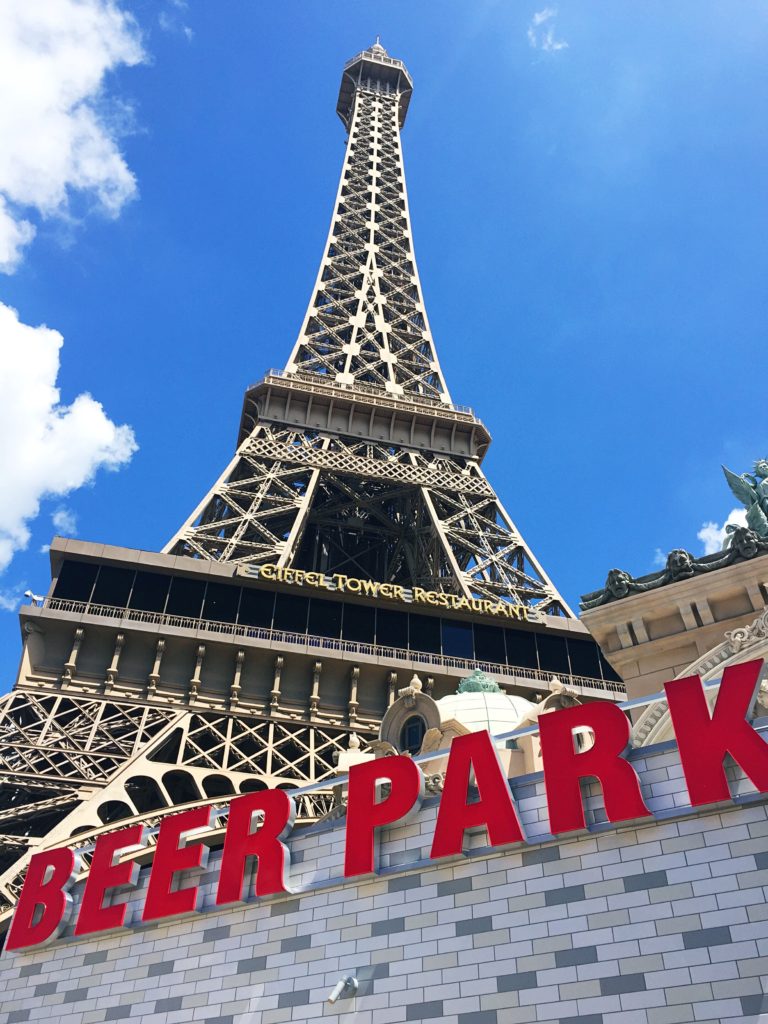 Although the sun had come out it was too late in the day to go to to the pool so we went to Emerils in the MGM Grand for Happy Hour.  We found loads of bars and restaurants do happy hours in the mid-late afternoon.  We got a couple of appetisers and cocktails.  The food is always great here, the restaurant is owned by Emeril Lagasse, who is a well known American chef.
It was time to get ready for the evening and once we were we went for a walk down the strip in search of somewhere for dinner.  We went back to Planet Hollywood and tried Burgr by Gordon Ramsey, a place which was on my list of places I’d like to eat.  The burgers were big and myself and Keil shared some fries which were a meal in themselves!  By now I was beginning to feel tired after being up early so we made our way back to our room in hope of a good nights sleep. 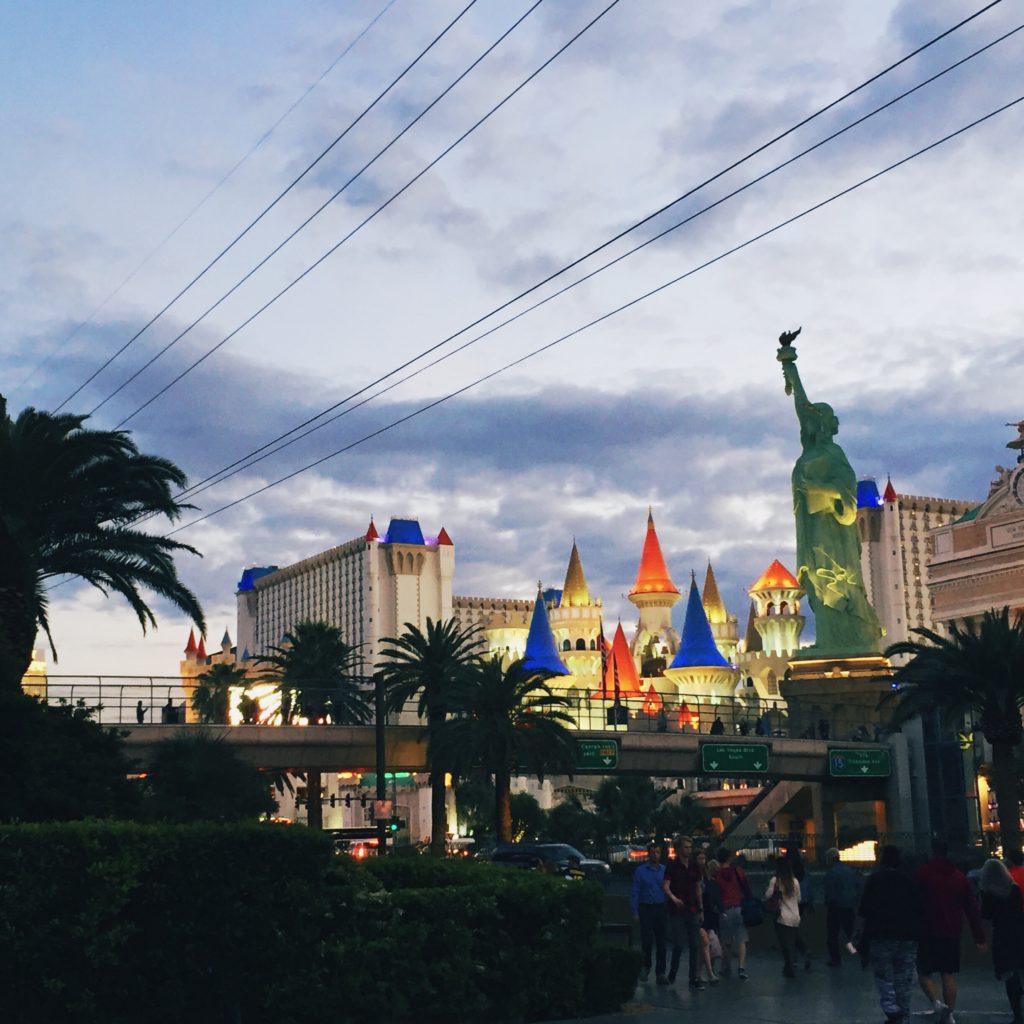 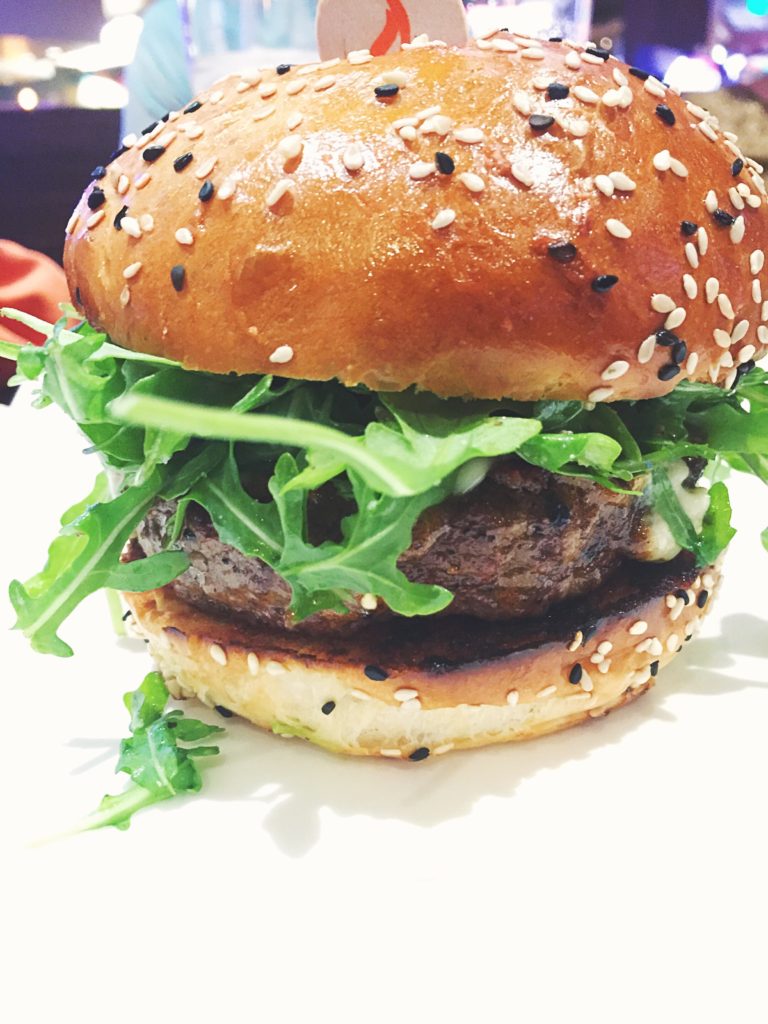 In the morning I was still awake early but not as bad as the day before and as the sun was shining we went down and had some pool time through the day.  As we were there for Arbonne’s Global Training Conference there was a group of us from my Arbonne team who came along and we all went for lunch at the Cabana Grill which is the pool restaurant at the MGM.  They do really nice salads which is exactly what is needed after a hot morning by the pool. 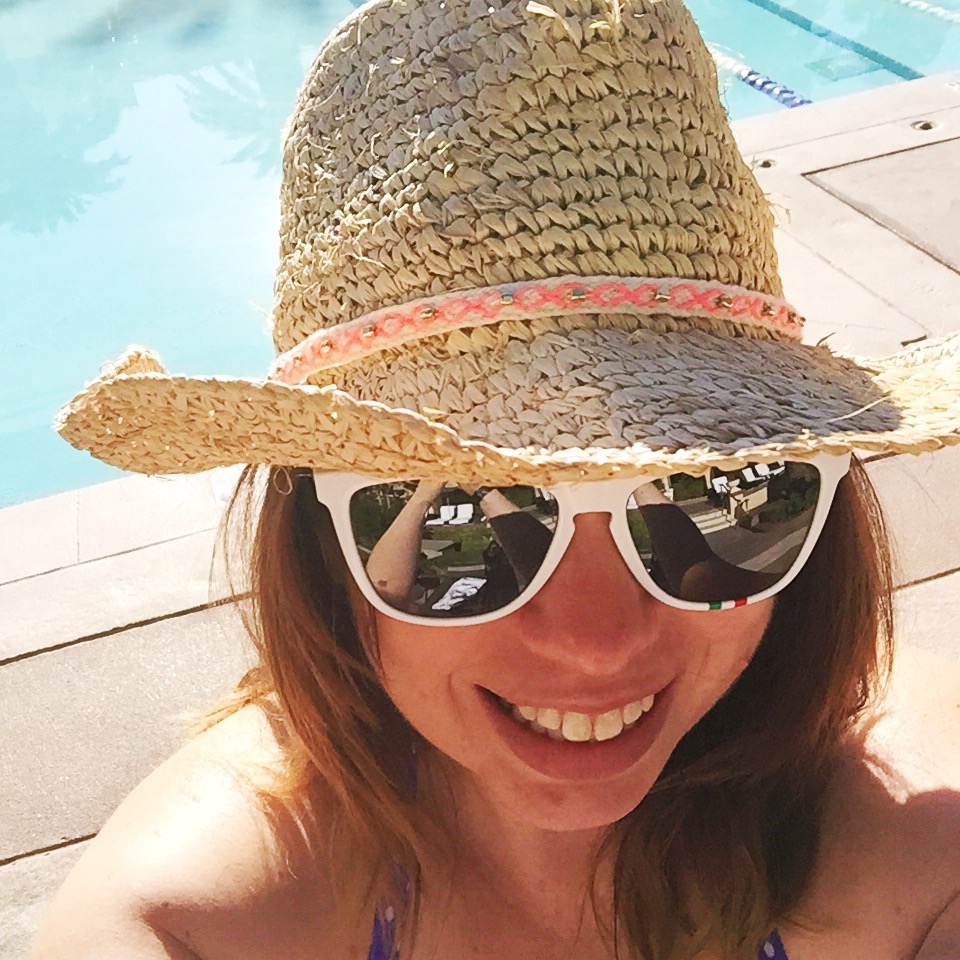 At 4pm there was an Arbonne UK pool party where lots of people who are there for the conference from the UK hang out for a few hours!  It’s always fun to meet new people, especially in such a cool setting. 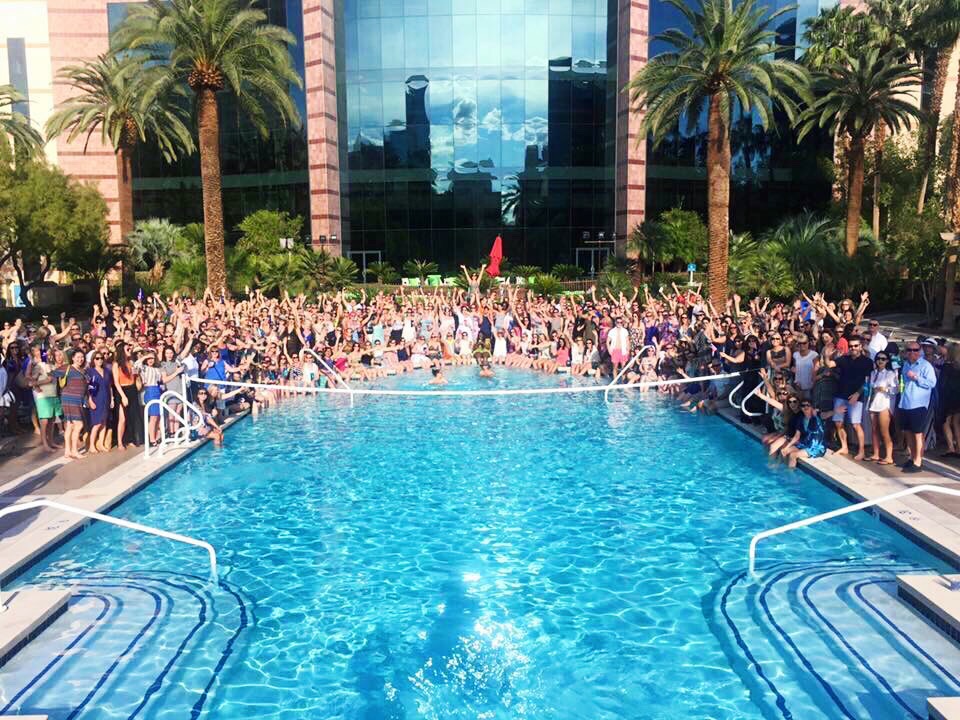 In the evening my mum and I met a family member who was also in Las Vegas and she took us out to a restaurant off the strip which is visited by locals.  The restaurant was called Lola’s, it’s a cajun restaurant where I had shrimp and grits for the first time and it was really good.  It’s always nice to try new places and areas I wouldn’t know about when not a local.
The first few days in Las Vegas were packed and really enjoyable with more fun to come once GTC began! 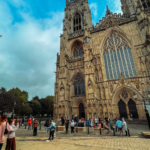