As we have been to Barbados a few times before on our latest holiday there we wanted to do something we hadn’t done before.  We settled on the Mount Gay Rum Tour.

CLICK HERE TO WATCH MY VLOG FROM THE DAY – AND A SPECIAL RUM PUNCH TUTORIAL!

To get to the tour we jumped on a reggae bus into Bridgetown and had a little wander around the boat area and along Bridge Street where the main shops are.  We also had a quick photo at Nelson’s Column! 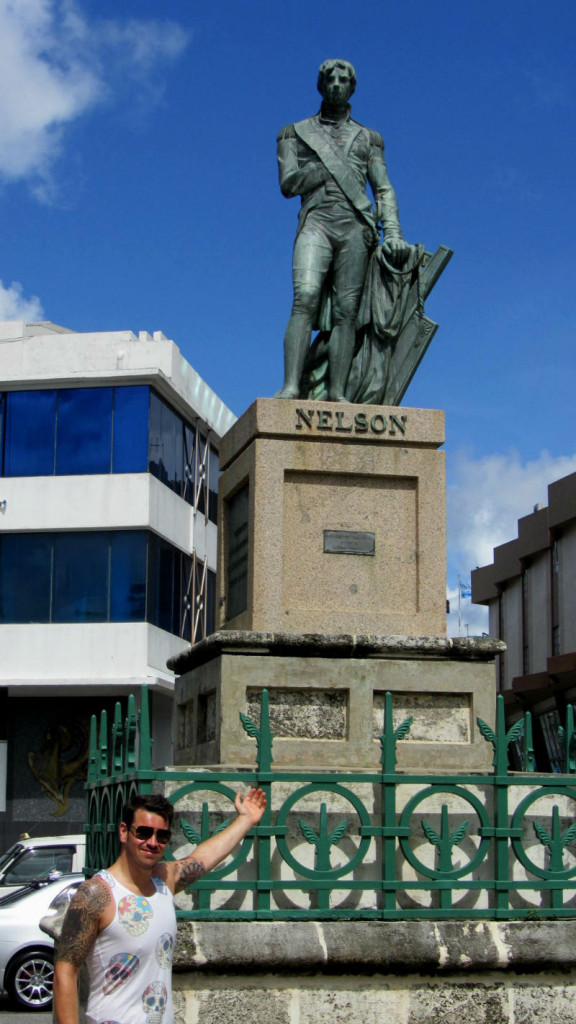 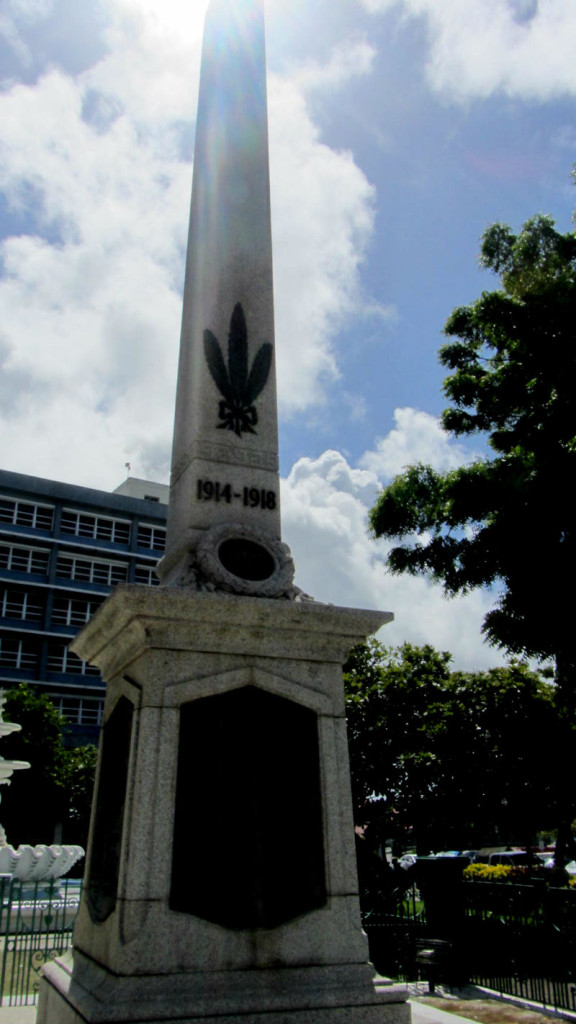 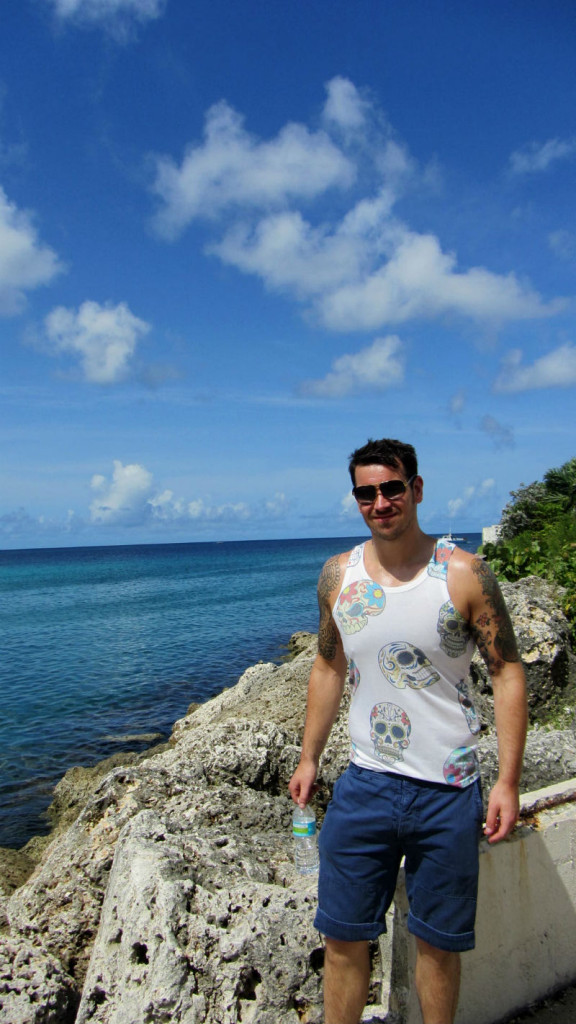 From Bridgetown to get to the Mount Gay Distillery we got a taxi.  It wasn’t too far and just as we arrived a tour started so we jumped onto the back of it rather than wait an hour.

First we went into the distillery itself where every bottle of Mount Gay rum is made.  We could see them doing it and they make 10,000 bottles of rum a week!  We weren’t allowed to take photos in there – They don’t want their secrets to be revealed. 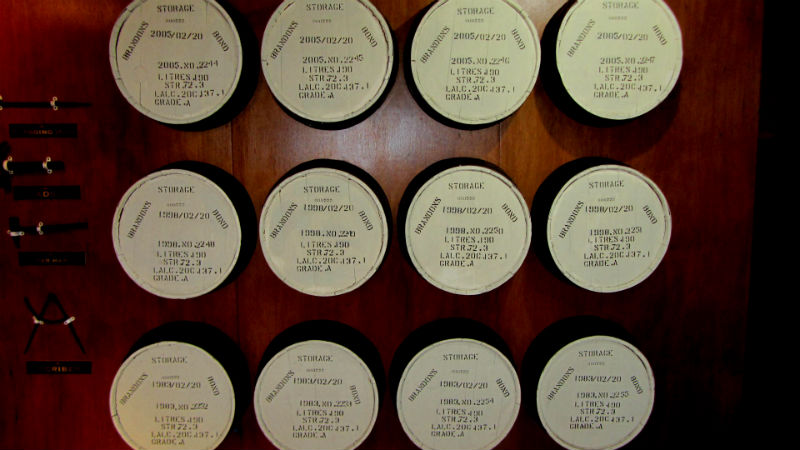 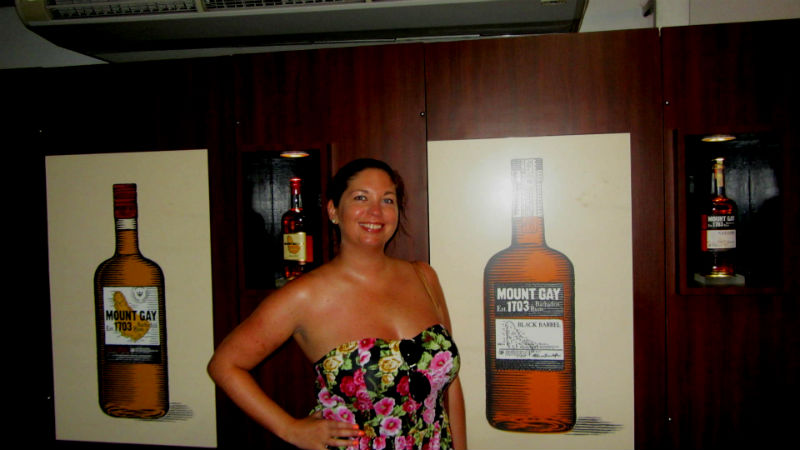 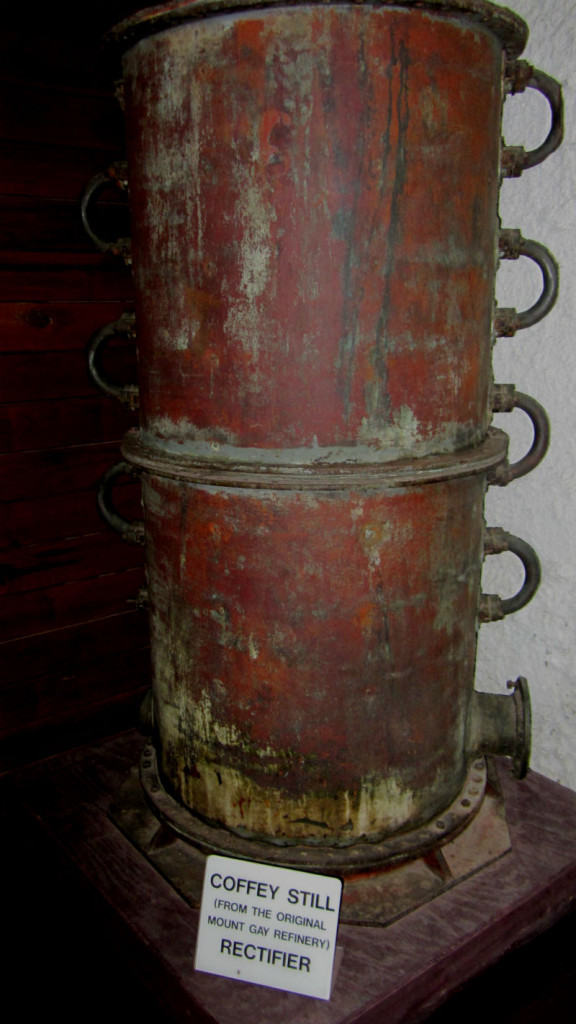 Next we heard all about the master blender Allen Smith who tries every barrel of rum to make sure it is just right!  We were then taken into a nice and cool movie room which was designed like a traditional rum shop.  Here we watched a short film about Mount Gay rum, which began in 1703 and is the oldest rum in history.  It was really interesting to understand how rum came about and it’s improvement over the years.

After that came the tasting!  We went to the special tasting bar where we had 3 rums to taste.  We cleansed our palette with water and our guide explained each rum. 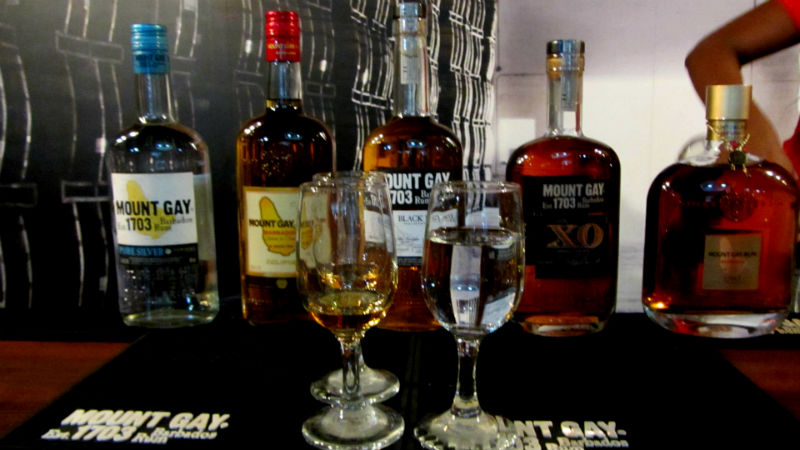 The Silver rum we didn’t try.  This is fairly new and is Mount Gay’s white rum.  This is mainly for mixing in cocktails, I have had it a lot in daiquiris.  The first we tried was the Eclipse.  This is the standard dark rum from Mount Gay, it tasted like rum to me and was a little hot as it went down!  What was interesting was that none of the rums have additives in the form of spices added to them and all the flavouring comes from the barrels. 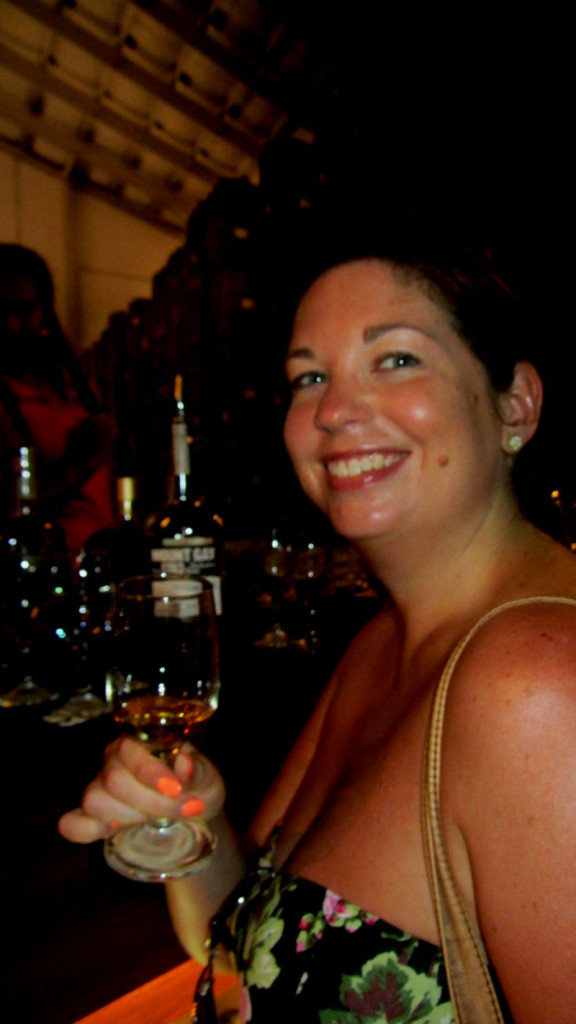 The second rum was again a fairly new one called Black Barrel.  This, our guide explained, was a better quality and was in the barrel for longer.  It also goes well with my favourite rum and ginger!  It was interesting how you could tell the difference and I preferred this to the Eclipse.

Our last rum on the tasting tour was XO (Extra Old), this is more of a rum you would drink neat.  This was much smoother and I have to admit I wasn’t expecting to tell a difference.  This was Keil’s favourite!

We then headed to the bar and we got our complimentary rum punch which we missed at the beginning.  This was really delicious.  We decided to have a couple of cocktails and they were certainly some of the best I’ve tasted.  The men at the bar are mixologists so they certainly know what they are doing.  We talked to them about football whilst we drunk! 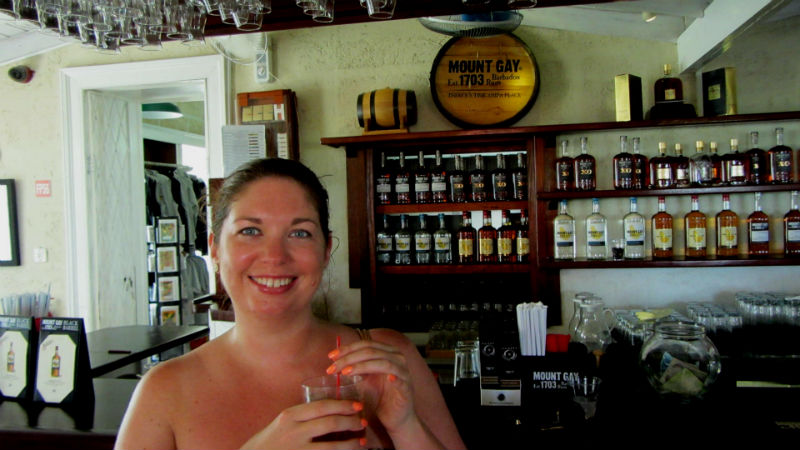 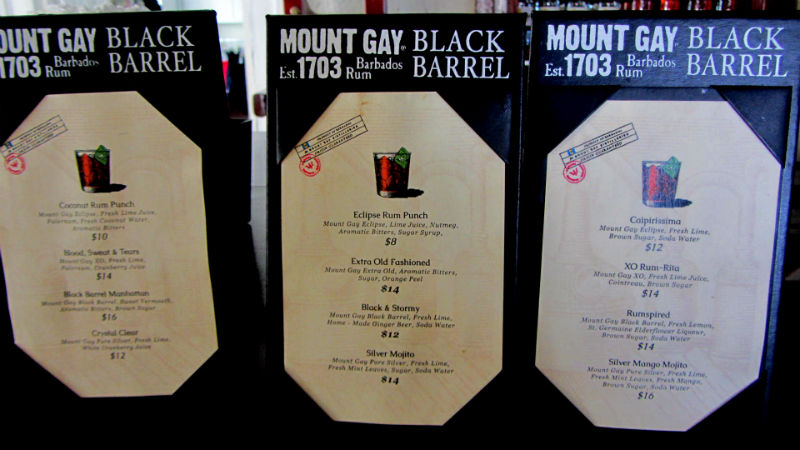 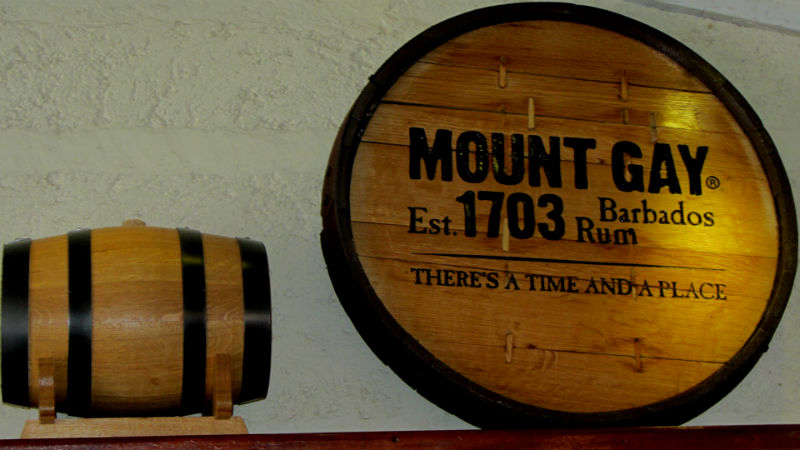 Keil wanted to try the 1703 which is the best rum Mount Gay do.  This we were told was for special occasions and when your friends come around you hide it!  It was a very pleasant rum and you should never have it with ice or anything, just enjoy the flavour. 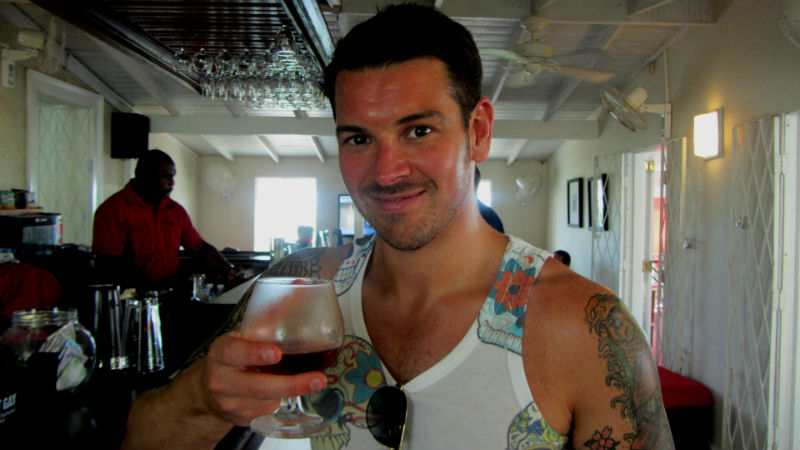 Whilst Keil enjoyed his drink that I had another rum punch and the mixologist showed us exactly how to make it so we will be giving that a try at some point!  You can see his tutorial here

After we had a few drinks we dangerously went into the shop! 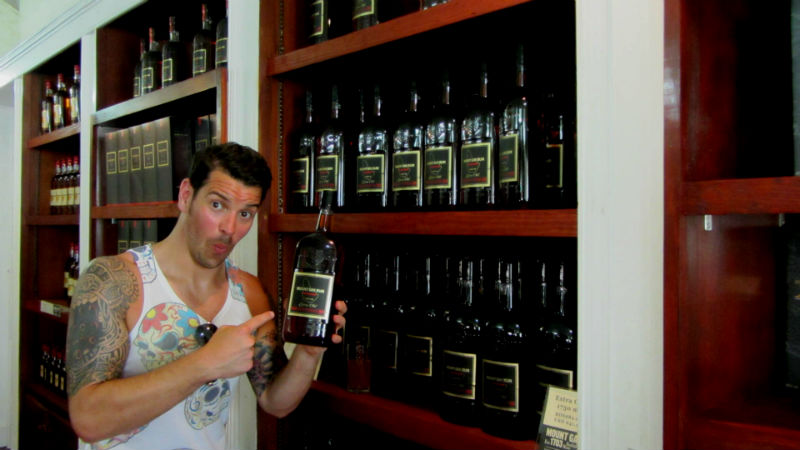 Having had a few too many rums we thought we understood where the bus stop was but we missed it and ended up walking back to Bridgetown it was a fair walk in the heat! 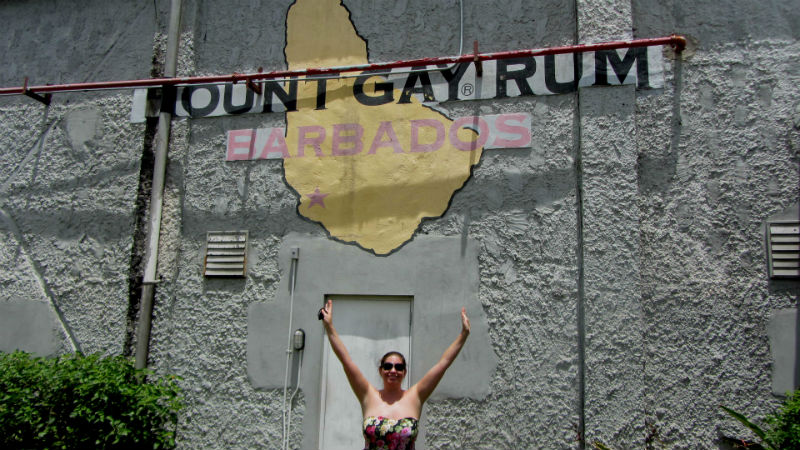 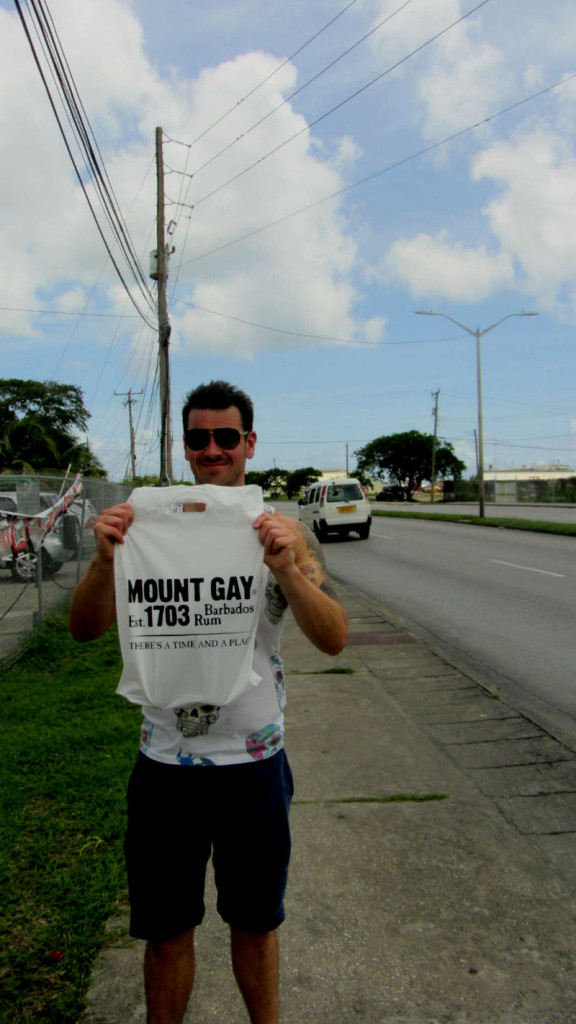 We walked past the Kensington Oval, the last time we were in Bridgetown it was still being built.  It would be great to go and watch cricket there one day! 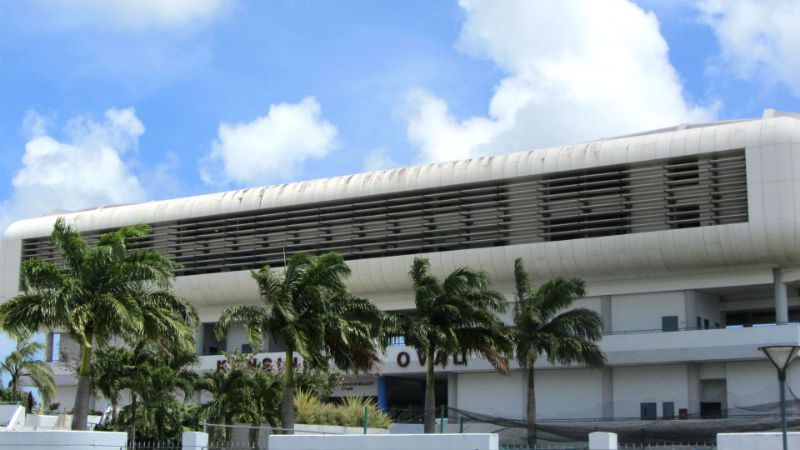 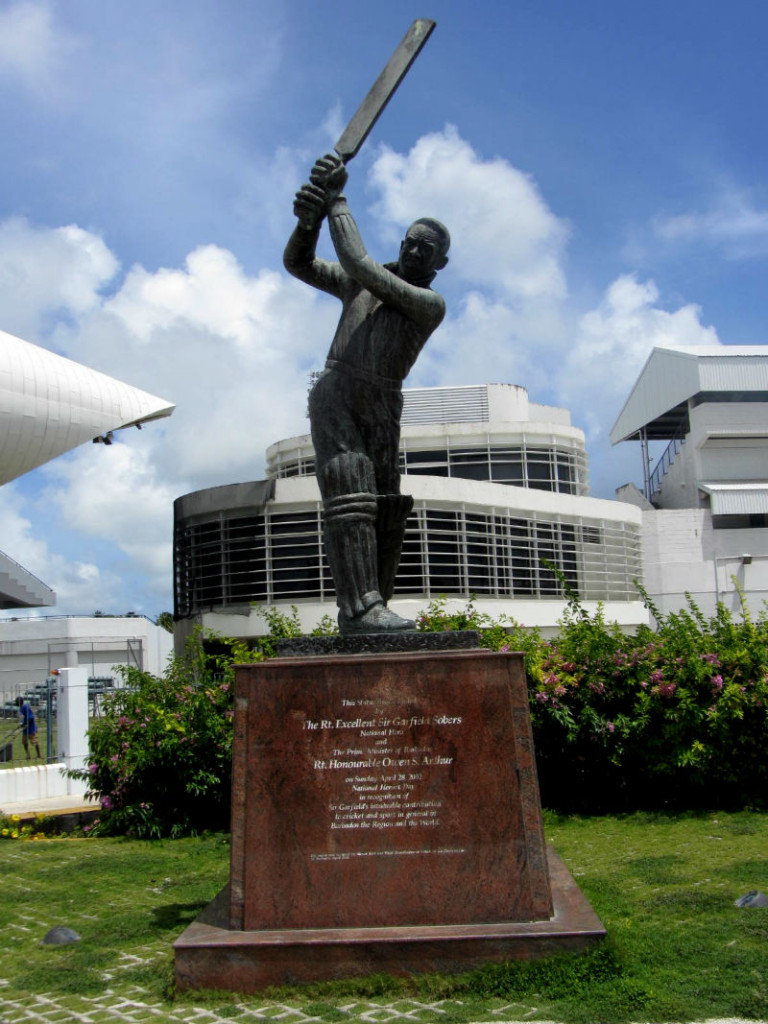 When we arrived in the capital it was time to get some lunch so we went to the Waterfront Cafe.  Here we shared some of our favourite fish cakes, which were delicious and I had a chicken caesar salad. 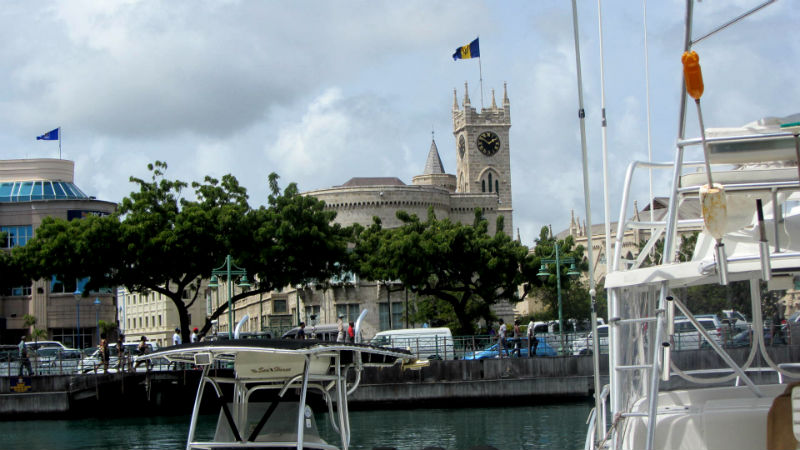 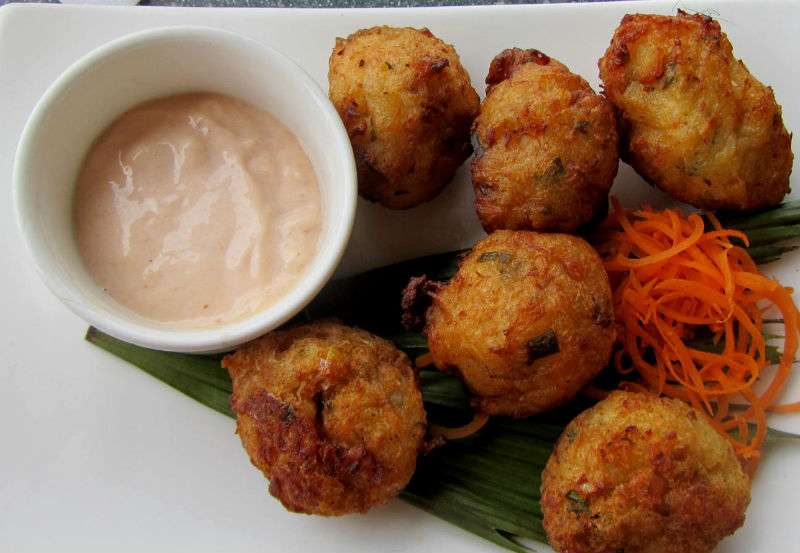 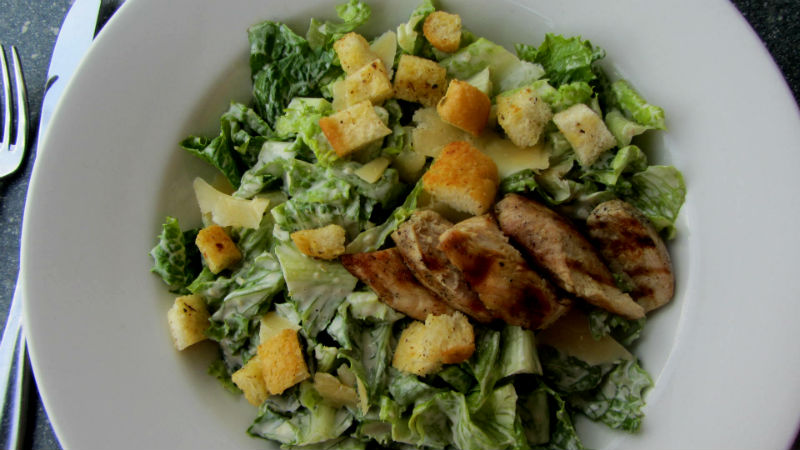 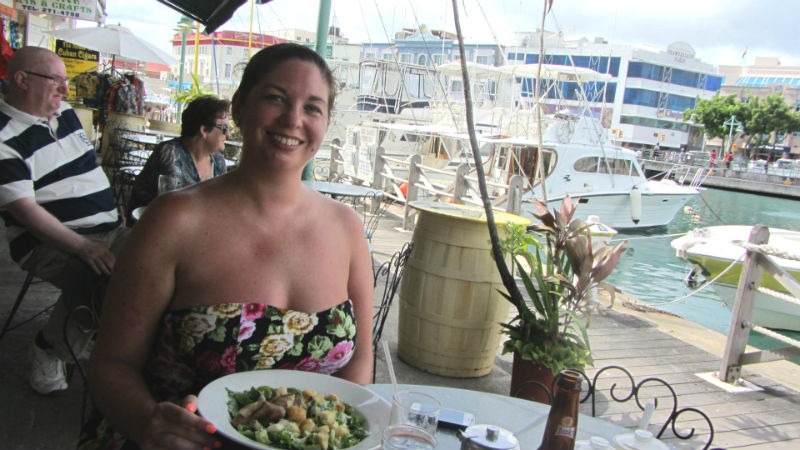 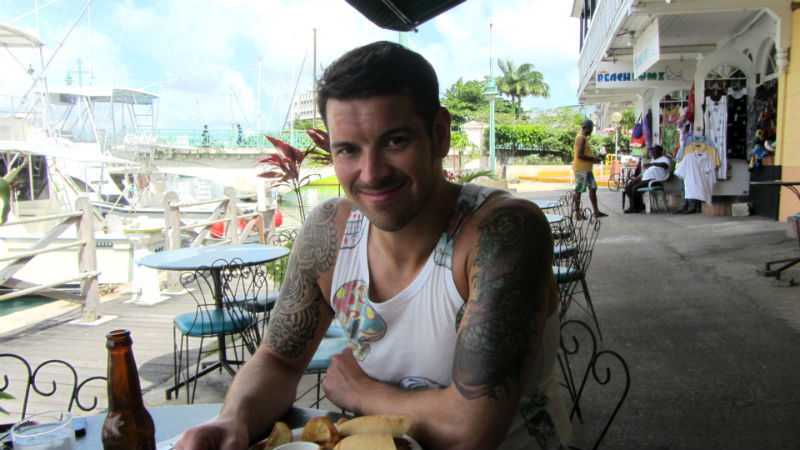 It was then time to head back to the hotel for a spot of afternoon sunbathing!