As part of our trip to Barbados, we hired a car and had two days of exploring Barbados. It was such a fun thing to do and although we’ve visited the island many times, we’ve never hired a car before so it was something different and it was a great way for me to get and see more of the island as I recovered from my broken ankle and still was not great at walking.

We hired the car through the hotel and you can see the full two days in my vlog here.

On the first day, we headed through Bridgetown to the west coast. Our first destination was Rhianna Drive which is where Rhianna grew up.

We then carried on our drive, stopping at various beautiful beaches as we slowly made our way to The Fish Pot which is north of Speightstown as we had made a lunch reservation.

We had a lovely meal at The Fish Pot looking out to the crystal clear water. After lunch, we continued north to the Animal Flower Cave which is the most northerly point and has some spectacular views.

We decided to come back down the west coast and stopped at Zaccios for one of our favourite sunset happy hours before going back to the hotel and having an evening meal at Naru restaurant.

The next day we stopped for smoothies at Art Splash before going on our way to the east coast. Some of the roads were almost like we were off-roading despite being considered main on the map!

We went to Bathseba and had lunch at The Round House which looks out to the Atlantic Ocean. On our way back we did slightly go wrong but luckily we ended up nearer our hotel back on the south coast so it all worked out in the end!

We had a fabulous couple of days exploring the island, stopping for some great food and taking in the views.

Watch the full vlog from the trip here. 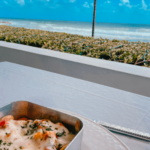 spending the day in my Barbados hotel room 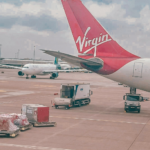 Travelling to Barbados with airport assistance 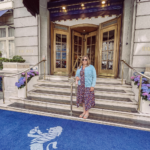