When I shared my What’s In My Travel Bag video recently I said I would be reading a book I got for my birthday called Gone Girl by Gillian Flynn.  I hadn’t heard much about it but I’d seen a trailer for the film staring Ben Affleck and thought it looked good.  As I mentioned in my The Fault in Our Stars review I always prefer to read the book before watching the film.  If I see the film first I rarely bother with the book.  So I read the book and then went to the cinema as soon as the film was released! 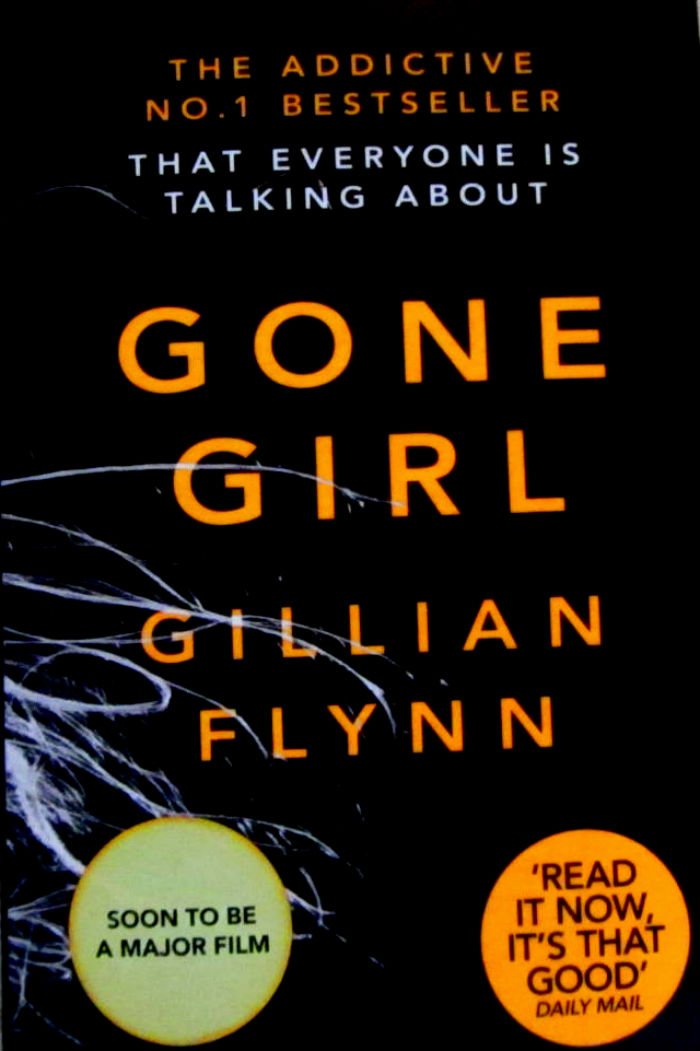 What I love about books as opposed to films is you get all the internal dialogue.  You know what the characters are thinking and why they do certain things.  In films sometimes you have to guess from their body language.

It’s not giving anything away to say that the book is about married couple Nick and Amy Dunne and early in the story Amy disappears.  Each chapter is dedicated to the main protagonists telling you their story. In Nick’s case he is talking directly to the reader, as in most disappearances of wives he is a suspect.  He isn’t always telling the truth.  We then hear from Amy, she talks to the reader in the form of her diary.

Both characters share their history as a couple and life before Amy’s disappearance and how they got to where they are.  There are lots of plot twists, some quite major and surprising ones.  I found, because every other chapter is by each character it always leaves you wanting more so I read this very fast.

I have to say it was gripping but I was initially a little bit disappointed with the ending.  I would recommend you read it to let me know what you think to the ending! It was certainly different and the more I have thought about it the more I understand and can accept it.

After reading the book I couldn’t wait for the film adaptation to come to the big screen.  Gillian Flynn has written the screenplay which I believe has made a big difference as she understands the characters – After all she created them!  I have to say I absolutely loved the film, it was just how I imagined it in my mind.  Ben Affleck is fantastic as Nick Dunne and Rosamund Pike was just how I expected Amy to be.

You can absolutely watch the film without reading the book, it is certainly a thriller with lots of twists and turns.  Although, as you would expect, there are a few things missing in the film which are in the book but overall I thought it was a great adaptation and I loved it.  Somehow the ending didn’t seem as disappointing in the film – Maybe because I knew what to expect.  I would say it is one of the best films I have seen in a long time!

Have you read and/or seen Gone Girl?

Here’s the official trailer for Gone Girl in case you haven’t seen it: