Wow! I can’t believe it is the end of December already, this year seems to have flown by in the blink of an eye.  December was filled with lots of Christmas shopping for other people but I still managed to sneak a few favourite things into the month!

I was delighted when Luther was back on our screens.  Luther is a British TV show staring Idris Elba as a London cop who is super cool and a little bit dark.  This was the 4th series and although only 2 episodes they were a great 2 episodes!  At times Luther can be scary, a little bit creepy but always gripping!

Due to the release of the new Stars Wars film I decided to watch all of the previous films in the franchise to get up to date.  I saw the original 3 films many years ago and so had an idea of the key story lines but I was a little bit vague.  Sky had a whole channel dedicated to Star Wars so it was easy to watch them all.  This time I watched them in a linear form, going from episode 1 to episode 6.  I enjoyed them all much more than I expected.  I’m looking forward to seeing The Force Awakens soon!

During December I alternated between 2 red nail polishes and combined them with Essie’s Tassel Shaker.  The brighter of the 2 reds was Nails Inc’s Victoria & Albert and the other colour I liked was Essie’s Bahama Mama.  I am sure over the winter months next year I will continue to use them too! 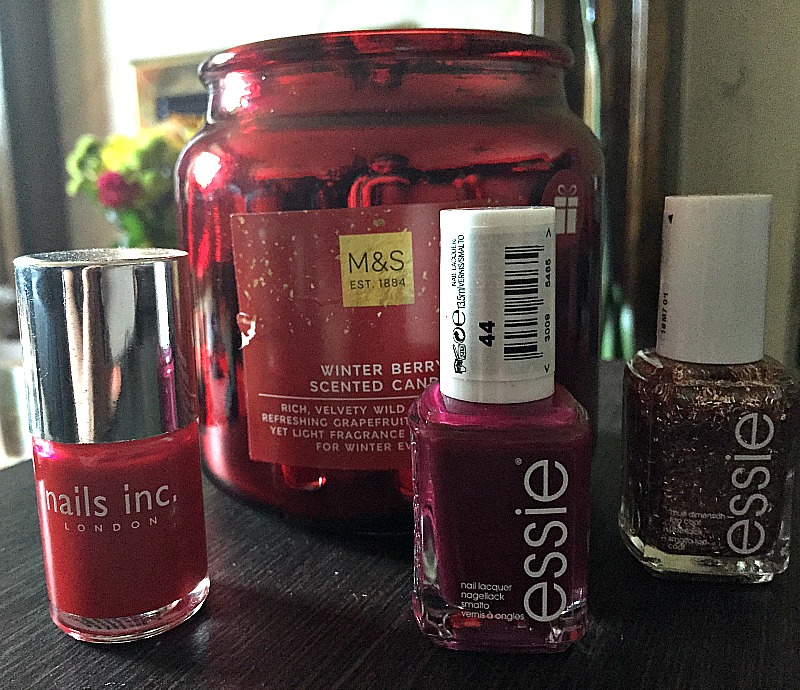 At Christmas it’s nice to get festive with some different candles, this year I really liked the Winter Berry candle from Marks and Spencer.  It smells lovely and not too sickly like some Christmas time candles can smell.

I was a little late to the party when it came to buying Adele’s latest album, 25.  I knew I was going to get as I loved 21 but it took me a month or so to get round to purchasing it. I’ve listened to it loads since, especially in the car on my own where I can have a good sing-a-long!

Those are some of my favourite things in December.  What were you enjoying this month?

Wishing you a wonderful 2015 with lots more favourite things!