There are so many great films coming out in 2016, I shared my list of top films to see this year and first on the list was The Revenant.  Having heard so much about it, with lots of buzz around The Oscars (it’s nominated for 12 Academy Awards) and lots of people talking about it, I felt it was a must see!

I must admit when I first saw the trailer for the film I wasn’t too keen.  It looked pretty cold and  bleak, I expected the storyline to be quite thin to be honest.  I was certainly wrong and that’s a good lesson into first impressions and not judging something too soon. 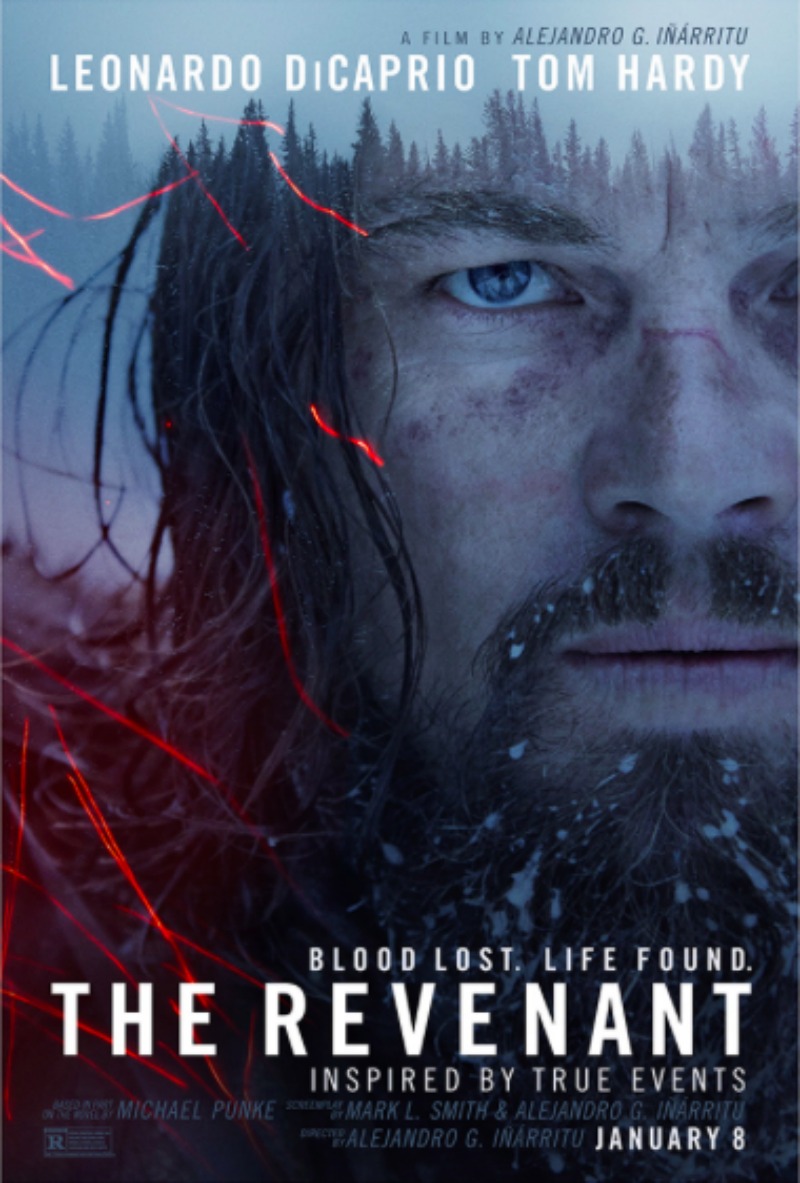 The Revenant is directed by Alejandro G. Inarritu who also directed last years Oscar winning Birdman, which coincidently I watched the night before for the first time.  Much like the Revenant I didn’t like the look of Birdman either from the trailer but after watching it I absolutely loved it.  Although the two films are very different there were some similarities especially when it comes to camera angles.  This isn’t surprising as both films had Cinematrographer Emmanuel Lubezki who won an oscar for Birdman (and also Gravity).  It seems both he and the director have an eye for interesting and clever films!

The main character in The Revenant is Hugh Glass, played by Leonardo DiCaprio.  He and his son are part of a group of fur trappers and hunters.  The film is set in 1823 in the wilderness of the American Midwest.  As you see in the trailer Hugh gets attacked by a bear whilst in the woods and this leads to a series of horrific encounters for him including the murder of his son.

Revenant means a person has returned, supposedly from the dead.  When you watch the trailer it feels like this is exactly what the film is about – A man left for dead who comes back to seek revenge.  In fact, I would say the film is more than this.  At it’s core it is about survival and determination, a no matter what attitude.

it’s easy to see why Leo is the front-runner for the Academy Award of Leading Man.  He gives an incredible performance, he does in every film he makes.  It could be argued he has been better in the fact he doesn’t have many lines in the film – Despite being almost constantly on screen.  However the pure physical performance is really acting at its finest.  I truly believe Leo is one of the best actors of our generation.

There is another fantastic performance from Tom Hardy who is also nominated for an Oscar for best supporting actor,  I didn’t believe he could better his performance in Legend but he exceeded my expectations.  The whole cast was wonderful, the images of the vast mountains were stunning and the film, although long, was gripping from start to finish.  I wouldn’t be surprised if The Revenant wins best picture at the Oscars, although I haven’t seen all the other films it’s up against.

It really is a film I loved and would recommend!  Have you seen The Revenant?  What did you think?