When I went to see Legend a few months ago there was a trailer for Black Mass.  Straight away I thought it looked great and couldn’t wait to see it.  As soon as Black Mass was released I headed straight to the cinema!

Black Mass is based on the true story of Jimmy ‘Whitey’ Bulger a notorious American gangster.  Jimmy is played by Johnny Depp who, before seeing the film, I read people saying it was his best career performance.  He certainly is great, he’s transformed into his character and is almost unrecognisable.  When I saw the trailer I remember thinking, “is that Johnny Depp?!” 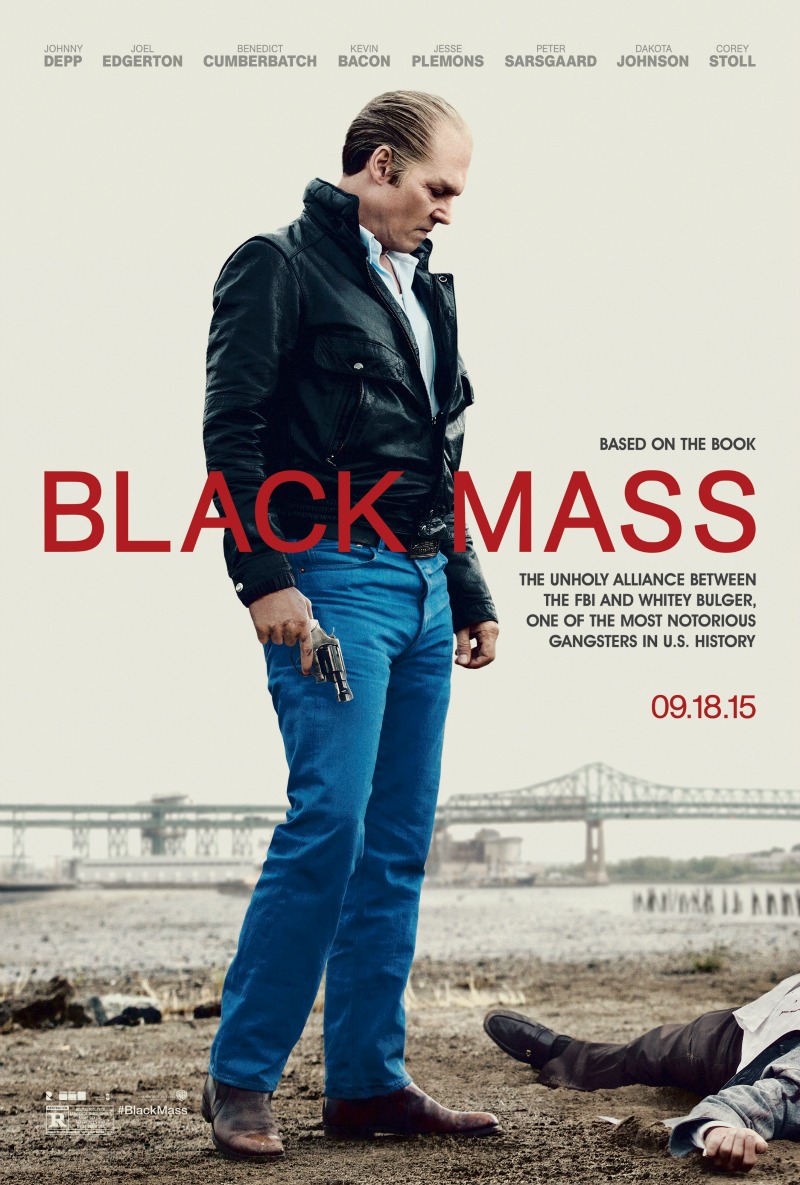 During his life Jimmy spent time in Alcatraz – I guess this gives you an idea of the level of his crimes.  However when the film begins he is out of prison but not out of trouble.  His brother, Billy, played by Benedict Cumberbatch is almost his complete opposite.  Billy’s a high-profile senator who is the good guy.  The brothers childhood friend is John Connolly who is now an FBI agent.  John approaches Jimmy to help the FBI fight the Italian mob who are also enemies of Jimmy.

Due to their relationship the FBI turn a blind eye to some of Jimmy’s activities and this gives Jimmy even more power and cements him in American history.

Living in England I hadn’t heard too much about Jimmy Bulger but I will never forget his story now!  It was hard to believe some of what he did was true – You couldn’t make it up!

The part I found fascinating and would be a psychologists dream I’m sure, is the two brothers.  Both Jimmy and Billy had the same background, both had a deep love for their mother but both went on two very different paths.  You would imagine they both had belief in themselves to be the best in their field, Billy became a top politician well loved by the people he served and Jimmy became a top gangster, well loved by his community.  At least this is what I took from the film.

I’d certainly recommend checking out Black Mass if, like me, you enjoy a good gangster film!  I got my ticket for free by earning points through my insurance.  You can watch the official trailer below!

Have you seen Black Mass?  What did you think?