Whilst on a recent weekend break in Belgium, I took a day trip to the beautiful town of Bruges.  This is part of my #bloggerswhotravel series.  I was staying in Brussels and went for the day to Bruges.

The last time I went to Bruges was as a child.  As a family, we would go to Belgium regularly for cycling races and Bruges was a place I vaguely remember visiting.  You can read more about my cycling story on Voltage Sport (which I am co-founder) here.

This time myself and Keil decided to take the 1-hour train journey from Brussels to Bruges to extend our exploration of Belgium during our weekend break. We headed to the Central station in Brussels, as it was a Sunday we purchased a weekend ticket.  The station was very busy and the train even busier – It was standing room only.

RELATED: A Weekend in Brussels 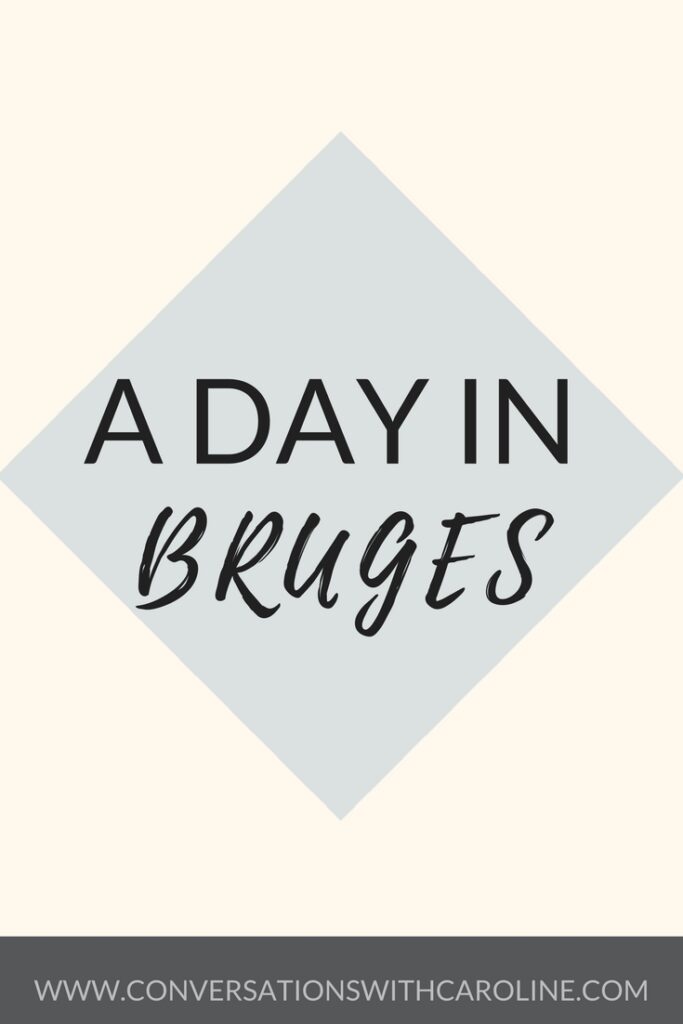 A Day In Bruges

The station is about a 15-minute walk into Bruges itself.  We crossed over Lovers Lake as seen in one of my favourite films In Bruges!  In fact, the whole day I was thinking how I’d wished I’d watched the film before the visit.  I’ll definitely be watching again soon. 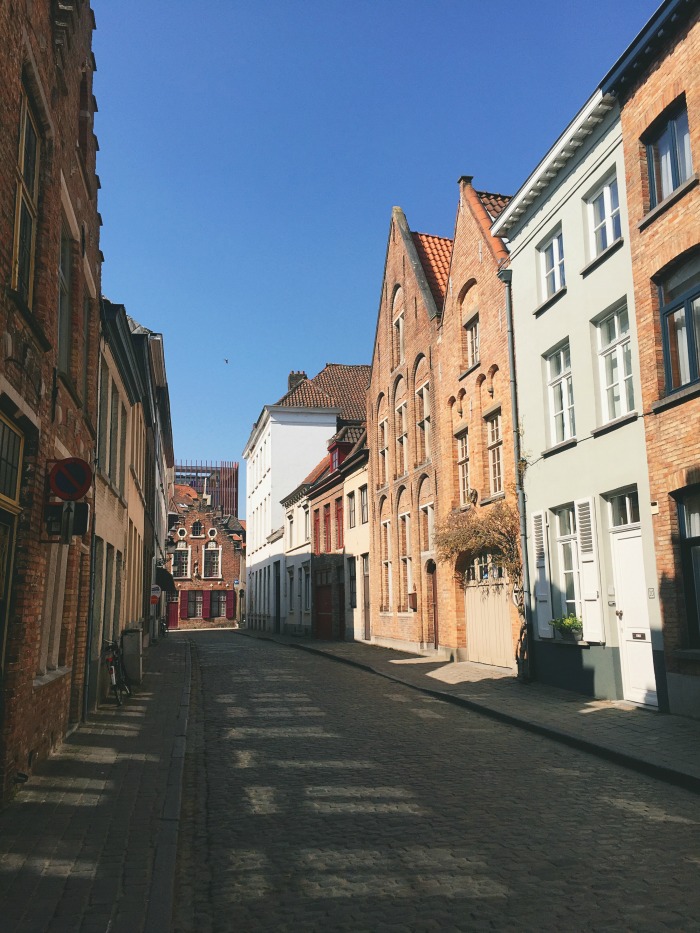 The walk in is full of small, cobbled streets.  Our first stop was the grounds of the Church of Our Lady which is also featured in In Bruges but really we needed a quick sit down.  Then we began walking to explore the town, taking lots of photos.  We walked in a loop around the streets, along the side of the river and eventually made it to the main square. 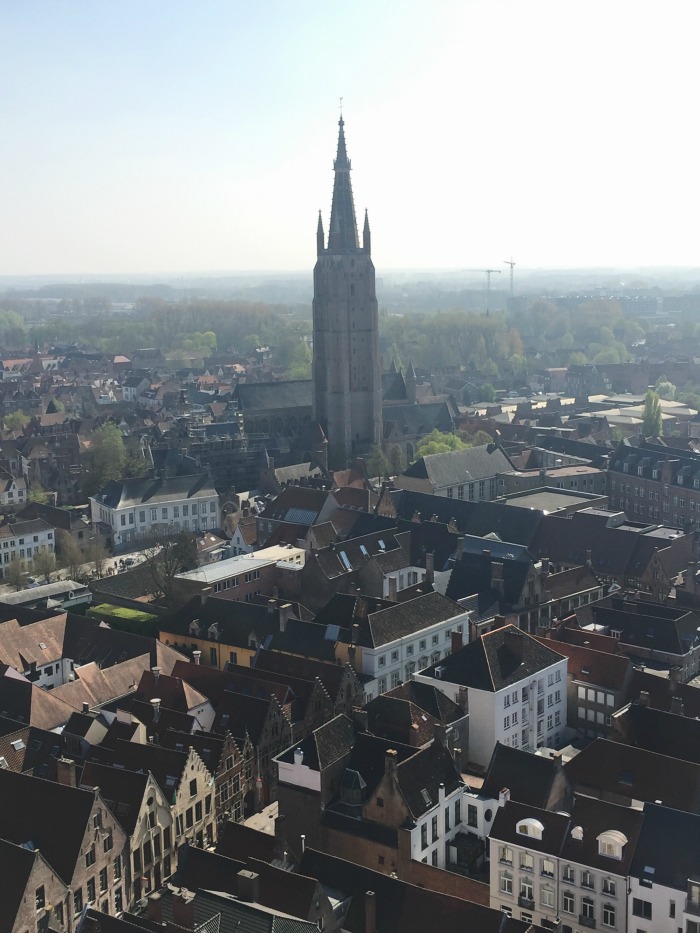 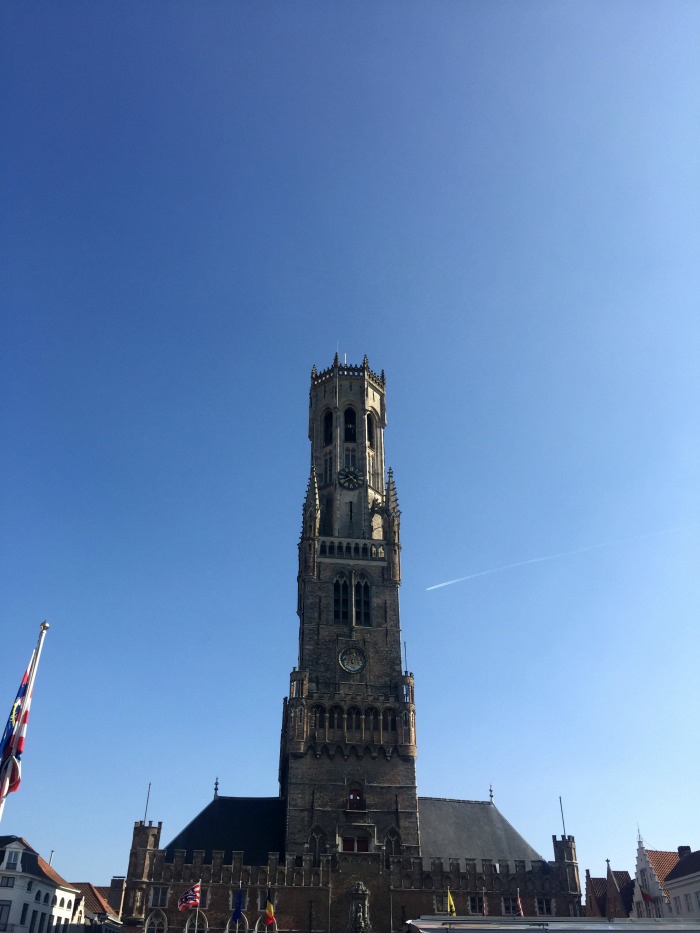 In the main square is where the famous Clock Tower is.  We walked up the 366 steps to the top.  The stairs are narrow but they don’t let too many people in all at once so it’s not crowded insdie. Once at the top, there was a great view of the whole of Bruges. 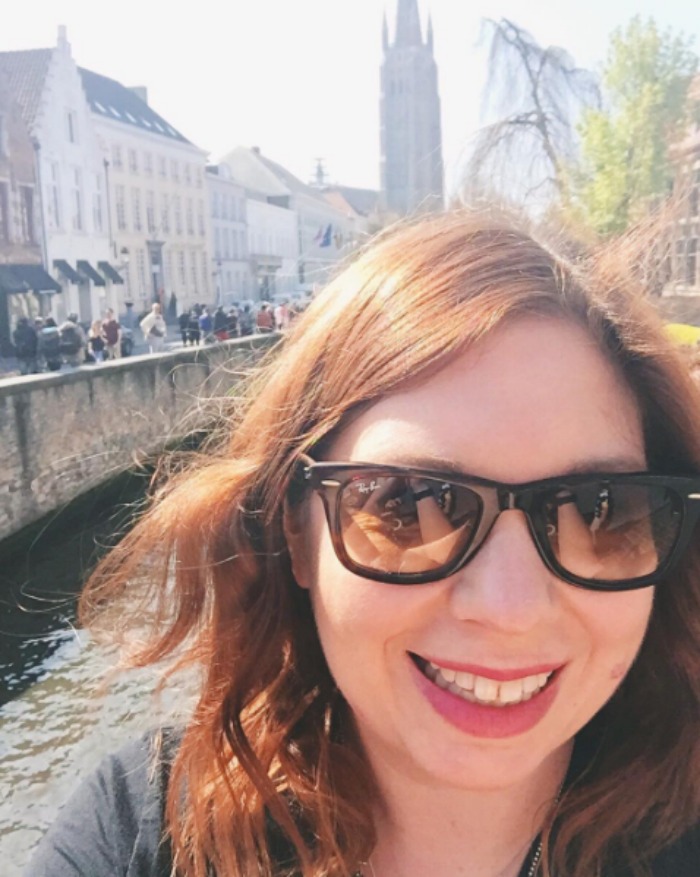 The weather was glorious and there wasn’t a cloud in the sky.  This meant it was the perfect day sitting in the outside pavement cafes in both the square and some of the streets, enjoying a Belgium beer.  We also had some frites et mayonnaise in the square – Another traditional Belgium treat!

After an awesome day, we decided to head back to Brussels before it got too late.  We just about got on a train which was rammed full, after a delay the train was cancelled.  There had sadly been a suicide on the line.  This caused immense disruption for a number of hours as thousands of people were stranded in Bruges.  After some chaos of not being able to get on a train, we finally made it onto a train which was going to Brussels!  Before we left more drama ensued as a family who had got off were knocking on the window shouting “baby”, we had no idea what they’d left behind.  Had they left their baby?! It turned out it was a scooter which was handed through the window just before the train moved.  After the panic, we had a smooth journey back to Brussels.

It was a relief to get back to where we staying.  Very hungry, we managed to find a quick drink at Scott’s Bar followed by some food at L’Express just off the Grand Place which was still open at 11 pm.  They offer Lebanese wraps which tasted so good after a such a crazy journey!

Our trip to Bruges was great (despite the travel disruption). In hindsight, a hot Sunday in the school holidays was always going to busy so if you go I’d recommend taking that into consideration.

Bruges is so beautiful and we had a great day.