On Saturday I went to watch Tough Mudder at Broughton Hall in Yorkshire.  I wasn’t taking part but went to support and cheer on Keil, Welly, Chris and Roff.  I also was the designated driver for the day! 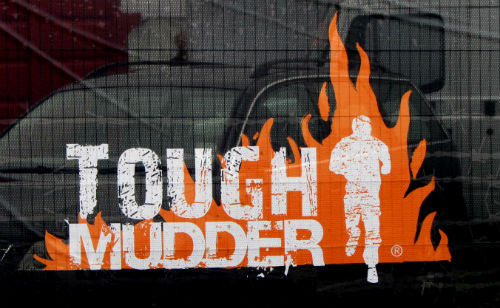 We had an early start as we set off to Broughton Hall.  Tough Mudder is a very muddy obstacle course set over 12 miles.  The Skipton one is especially hilly and has cross-country terrain. 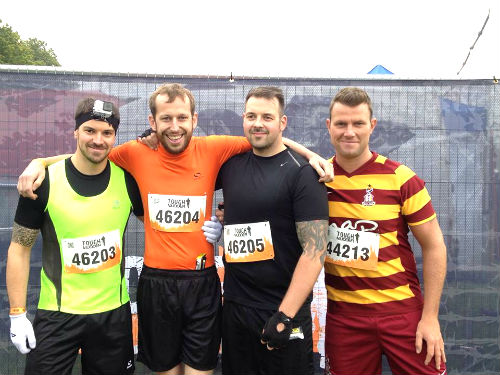 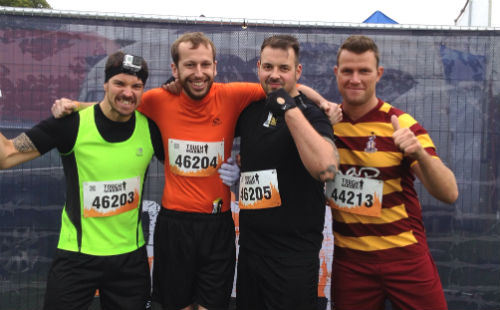 We arrived with ease to the registration tent and went into the Village.  Here some of the ‘mudders’, the name for those taking part. were already finishing!  They set groups off at 20 minute intervals.  Everyone has a fun warm up in the village before heading up to the official start. 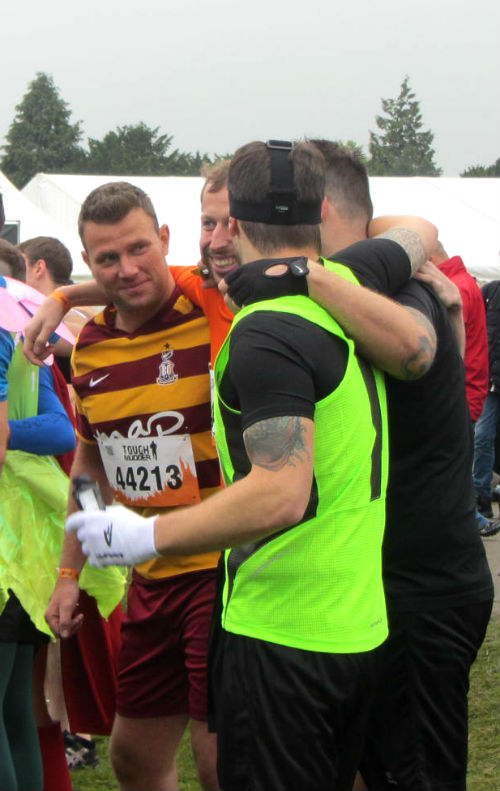 From a spectators point of view I was hoping for a sunnier day but for those taking part it was cool and damp so much better conditions for running and climbing obstacles in!  It wasn’t long until the 4 boys were ready to go, I watched them start their warm up before walking along to the Arctic Enema obstacle which was about a 10 minute walk from the start.

Keil was wearing my Go Pro to go around the course with.  Unfortunatly it ran out of battery before the finish (as he left it running the whole time) but he got some good video whilst it was working!

The Arctic Enema sounds pretty unpleasant as you have to jump into a freezing pool of water. I watched them topping it up with ice when there was a break in competitors.   The mudders have to jump in and swim through a tyre before they can get out the other side.  I imagine it would take your breath away!

After the boys had jumped in I watched a few others do the same before walking back to the start area.  Here I had a hot chocolate and watched the Electroshock Therapy obstacle.  This is the final one the mudders have to face.  They have to run through dangling electric wires which give you a shock (and from the sounds of some of the screams it can be painful).  The floor is very muddy and there are also a couple of bales of hay you have to get over.  This was a fun place to watch to pass some time.  Most people did really well and even when they fell they got a cheer from the crowd!

Next to the Electroshock Therapy obstacle there was also the Fire in the Hole one.  This was only for people who had completed a Tough Mudder previously, they got to do an extra 4 obstacles.  Their final obstacle was down a big slide where they seemed to bounce at the bottom – Again this looked quite fun!

After a while I went for a walk in search of Everest!  Another obstacle named after the mountain.  It is great how all the obstacle names do seem to represent exactly what the mudders have to do.  On the way I saw the other obstacles which the legions (those who had done it previously) got to do.  This included an electric shock one, a muddy climb and a clamber over a ramp! 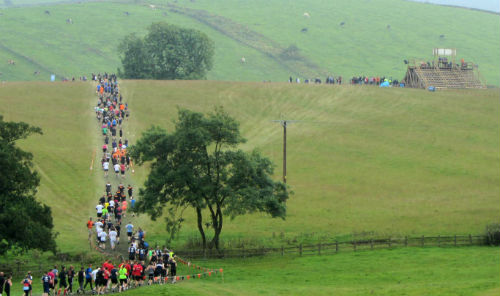 I made to Everest and this was a great one to watch.  Basically the mudders have to sprint as fast as they can up the side and jump on the ledge at the top which looked pretty high to me.  They also had to hope that those already at the top would help them up!  I hung around here for ages cheering people on.  It was fantastic to see so much camaraderie.  Strangers were helping each other up, cheering and giving advice.  I also saw a lot of courage where people who didn’t make it kept on trying again and again!

It was at this time the rain really started to fall.  I decided to go back to the Electrotherapy obstacle as I wanted to see the boys finish and I didn’t know if I would be able to make it back in time, I also didn’t fancy running in my wellies!

It didn’t feel too long until the lads arrived at their final obstacle.  They ran through together and all managed to stay on their feet!  I was really impressed that they all got through it as I can imagine it was very challenging but I am also sure it was lots of fun! 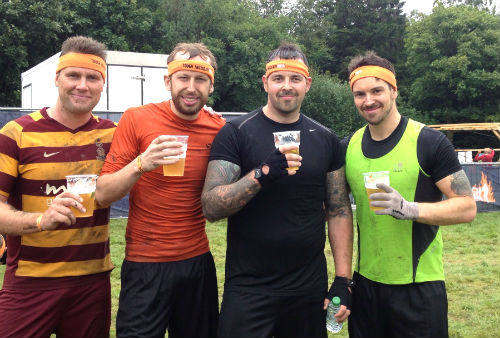 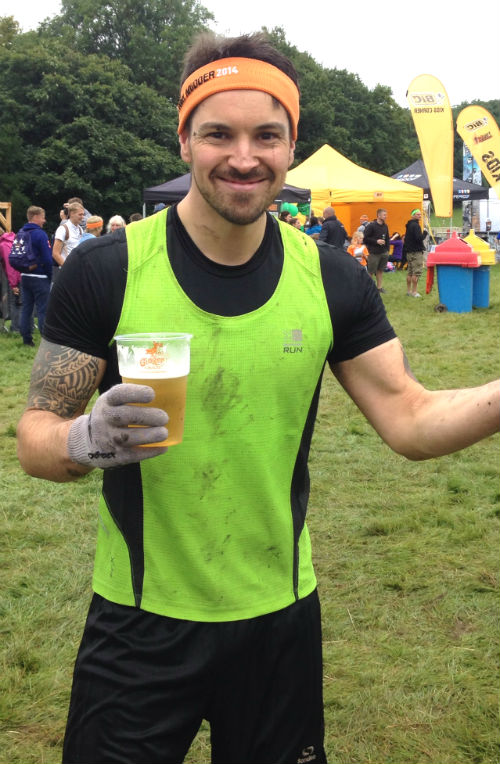 I am not sure it something I would want to do, if I did I would have to improve my fitness a lot! I think some of the obstacles I could do but some of the others, especially the muddy ones, I don’t fancy.  Watching everyone has made me want to do some sort of challenge next year – I just need to decide what!