One morning during our holiday in Barbados we woke up and it was raining – August is the rainy season afterall.  We decided instead of hanging around in the hotel to see if it would clear we would head north towards Speightstown.

We dodged the showers and jumped on one of the yellow buses.  All the buses in Barbados are only $2 Barbados no matter where you go!  The bus drivers like to drive fast with music blaring through the stereo!  It’s certainly a fun bus journey. 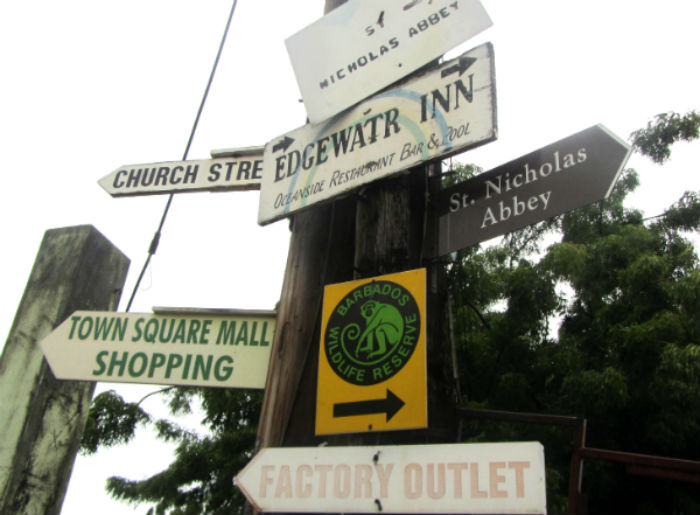 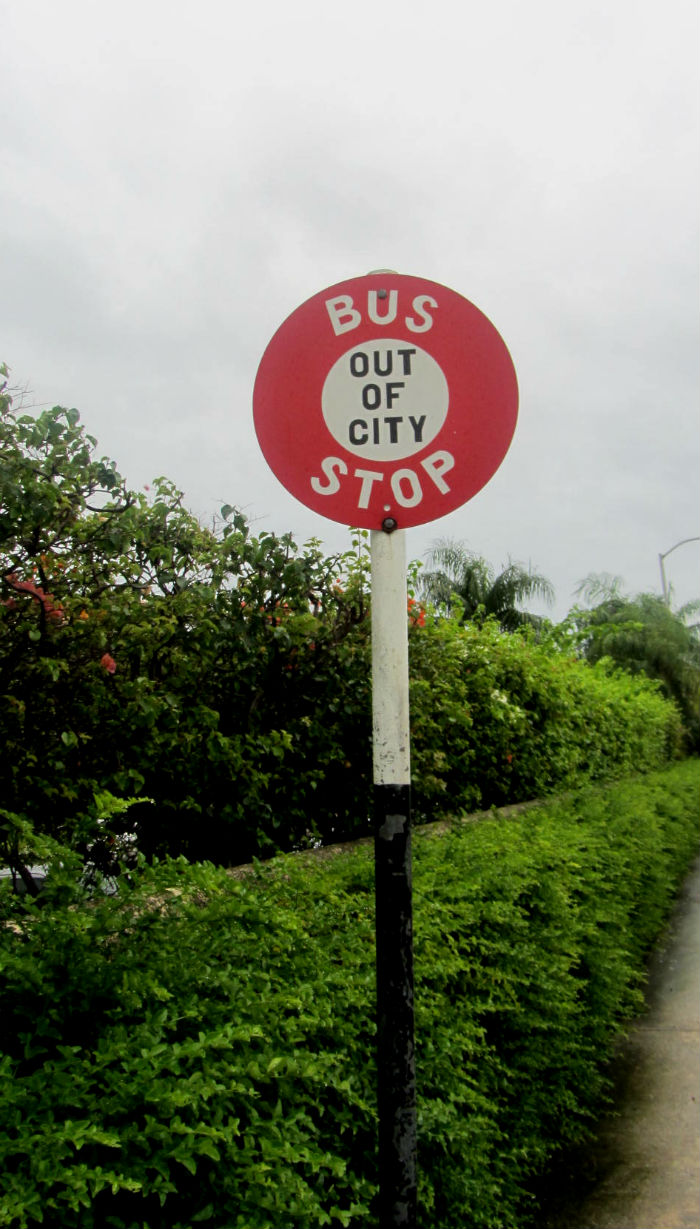 We arrived in Speightstown, had a wander around and bought a coconut for refreshment.  We decided to head further north in search of a restaurant we had heard about named the Fish Pot.  On route we saw a couple of monkeys hanging out too.  I believe they were the green monkeys which are native to the island. 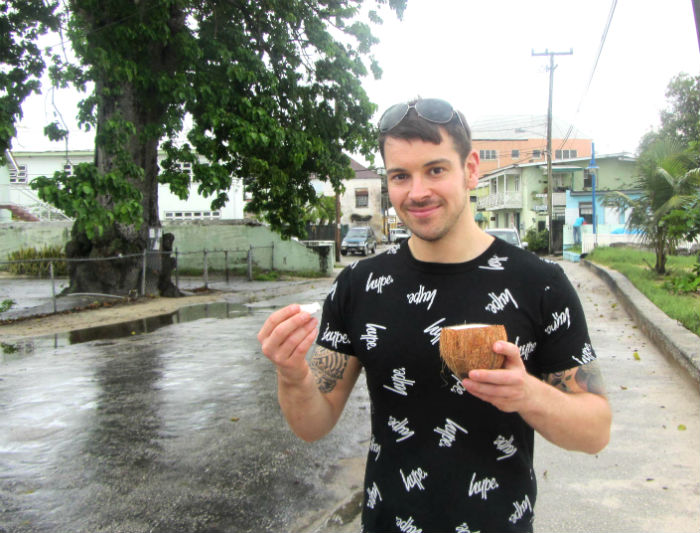 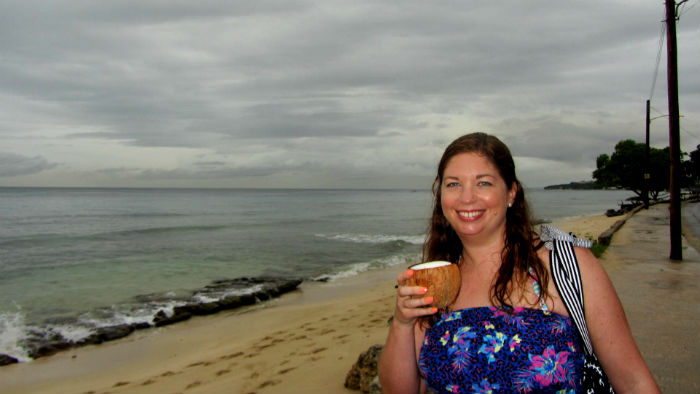 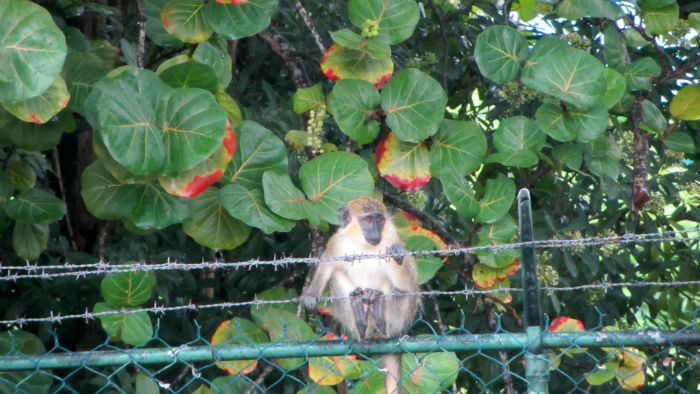 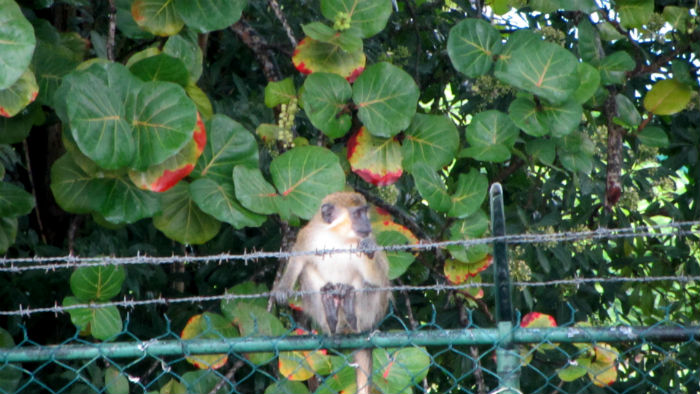 It’s fair to say the Fish Pot was a lot further than we anticipated and I wouldn’t recommend walking as you can get a bus from Speightstown which stops outside the restaurant.  It was certainly worth the adventure once we arrived.  When we got there we were very wet from the rain! 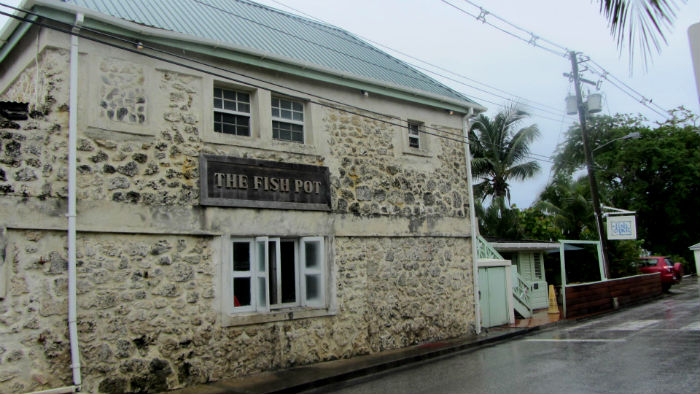 Set on the sea front the Fish Pot has a very nice feel to it, we were fortunate to have an oceanside seat so we could look out as the waves came to shore.  We ordered a Rum Punch each and nibbled on the complimentary bread.

As we had been walking so long we had worked up an appetite!  We shared a Flying Fish Ceasar Salad which was absolutely delicious.  The caesar is my favourite salad and this had a lovely garlicky dressing and the fish tasted so good. 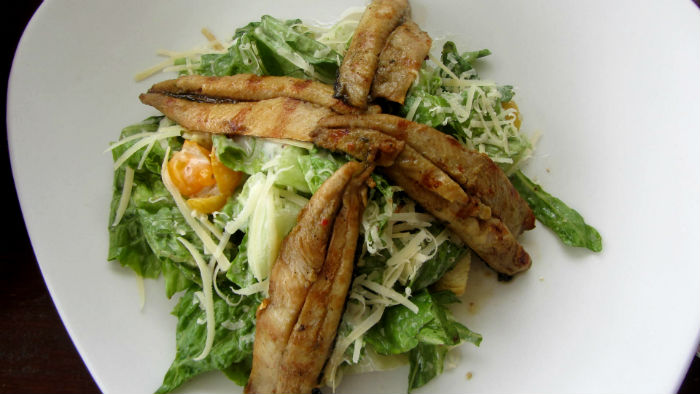 We both got different pasta dishes for mains, what I liked was you chose your meat or fish, the pasta you wanted and then your sauce.  I opted for the shrimp with a tomato and pesto sauce whilst Keil went for cajun chicken with parmesan.  I have to say the cajun chicken was the top choice with the shrimps coming a very close second.  What I love in Barbados is the shrimps are meaty and tasty not like what we get at home! 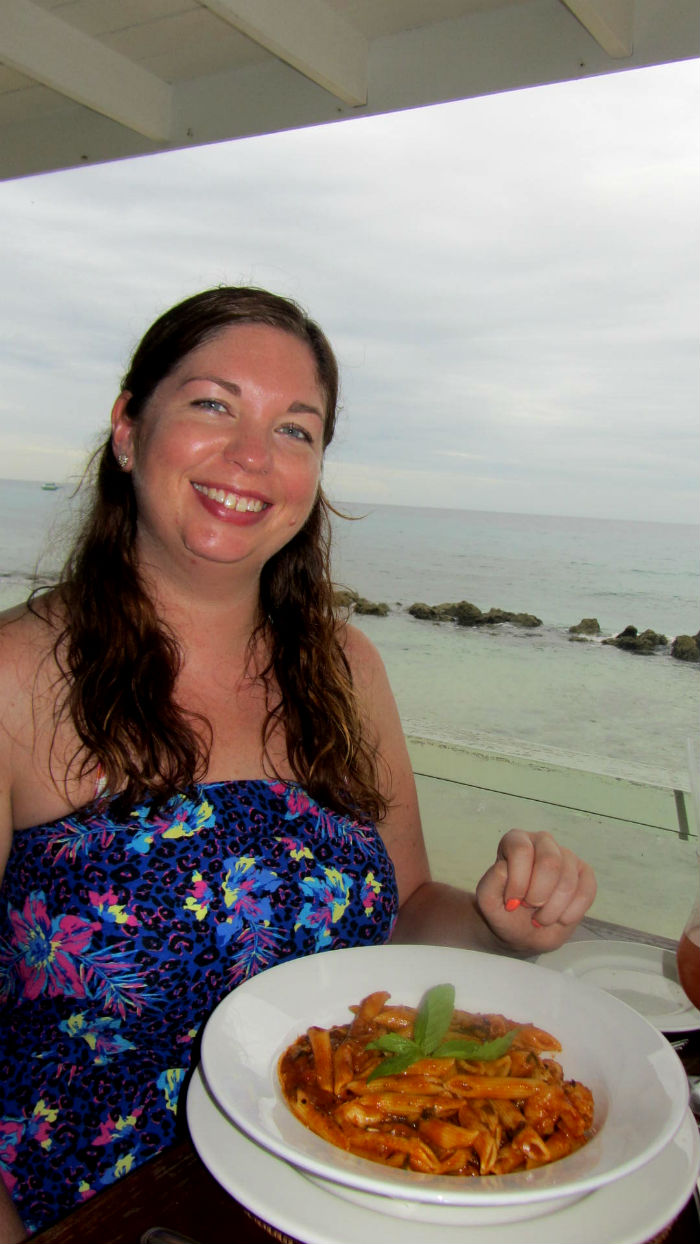 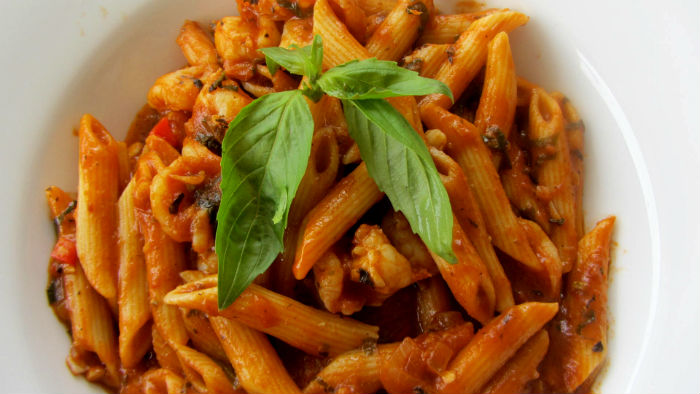 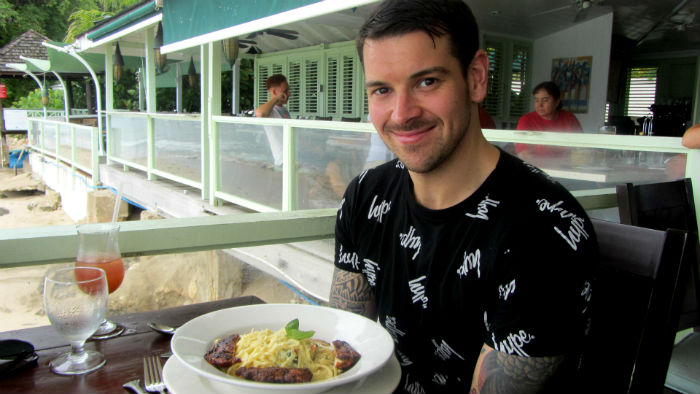 The pasta portions were very generous which was a nice surprise in a top quality restaurant.  For lunch we thought it was reasonably priced for such an idyllic location.

Once we finished we were very full and couldn’t face walking back!  We jumped on one of the smaller reggae buses to Speightstown before transferring to another yellow bus which took us back to Holetown where we were staying.

It was a fun little adventure which was helped by delicious food at the Fish Pot!