I can’t believe it’s already November! October went by so quickly – So here are my favourites for last month.  I’ve been adding to my winter wardrobe, watching TV and bringing back the red lip!

During October (and many months before if I’m being honest) I’ve been obsessed with watching CSI:Crime Scene Investigation!  Each night before bed I usually have a look to see what’s on and there is more often than not a CSI on one channel.  I don’t watch them in order and flick between Las Vegas, Miami and New York!  I like the fact there is a complete story in each episode and although they do have running character stories through them it doesn’t effect the outcome.  I heard it was finishing soon so I’m sad by that but thankful there are still more to watch!

Homeland also came back on TV which I totally love and as usual I’ve been gripped from the beginning!  It’s only a few episodes in but this series is based around Berlin and Syria (from what I can gather).  I’ll see how the season pans out but it’s made my Sunday nights a lot better!

During October I got much more into wearing red on my lips, there’s something about the colder months which makes a bold red lip work!  I’ve loved two of Arbonne’s lip products this month, the first is the Berry lip conditioner which I used in this make up tutorial and I’ve also really enjoyed Currant. It’s a nice bright red colour which I’m wearing in this selfie I took at BBC Radio1 Xtra Live! 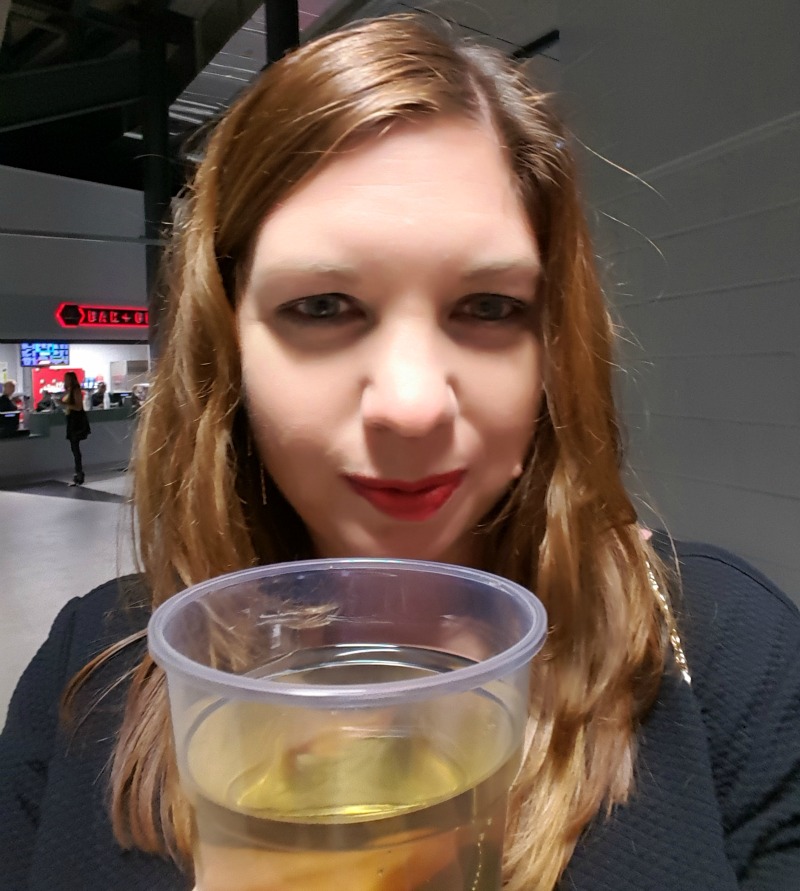 As it’s become colder a scarf has been an essential!  I totally love this one from Dorothy Perkins which is mainly grey, big and really cosy!  I now need a new winter coat to go with it!

After my ankle injury last month I decided I need to get some new boots as I think my injury was caused by my favourite black boots!  I wanted some supportive flats to wear whilst it was still recovering and found these boots at Dorothy Perkins.  They are a wide fit which is good for when it gets really cold as I can add some thick socks.  I’ve never had boots this colour before but I really like them!

What were your favourite things in October?  Share below!